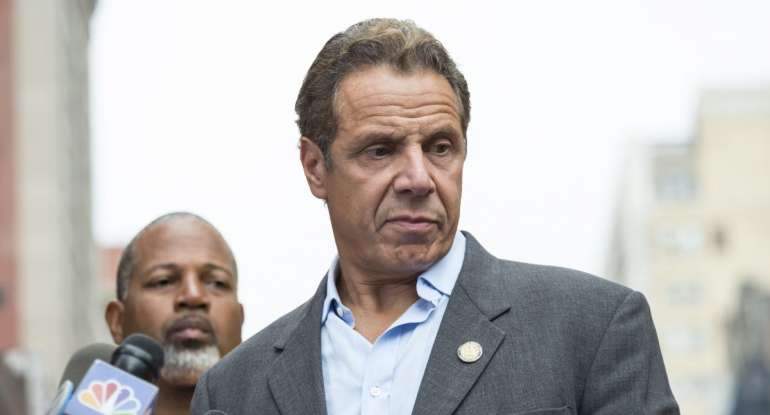 I was sitting at home recovering from a recent concussion when the phone rang. It was a doctor friend of mine whose wife had heard one of my radio conversations with Gov. Andrew Cuomo. Apparently, our back and forth reminded her of my long-time radio series with Andrew’s father, Mario. I try my best to give Andrew as hard a time as I can and vice versa, but clearly he enjoys that and so do I. I can’t think of a tough subject that I have not raised with him. Some people are disappointed that I don’t ask him about his love life, but I think that would be very inappropriate. After all, half the country gets divorced at least once and the way I see it, that’s their business. Some of us stay married for a long time, and people frequently ask me how anyone could put up with me for almost 49 years.

Anyway, my doctor friend’s wife was particularly interested in Andrew’s future. I believe that, like many other people, my friends think that Andrew would be the perfect antidote to You-Know-Who—Donald Trump—who so many people consider mean-spirited and much worse. Folks are looking for someone who can give back to a bully braggart and would take no prisoners. I know that Andrew and Joe Biden have had many discussions about which of them would run for president. If my information about those talks is correct, there was certainly some “Alphonse and Gaston” back and forth. When the smoke cleared, it was Joe who prevailed, but Joe is hardly the guy to go toe to toe with creepy Trump, who doesn’t seem to have any real boundaries. Andrew, on the other hand, can give as well as he gets and then some.

My friend wanted to know whether I thought he would get in the presidential race. I responded that based on what I knew of the situation, the answer was absolutely not. “Well, then,” came the next question from my inquisitor, “will he run if Trump wins a second term?” Of course, as an expert on all things Cuomo, I had to think about all of that. Remember that I was the guy who went on “The Today Show” to predict that Cuomo Sr. was definitely running for president when he had his best chance. Talk about egg on your face.

At first glance, it does seem a likely proposition. We know that Andrew is unlikely to follow his father into a corner office in some white shoe law firm where he will practice “rainmaker” law, attracting big-money clients and turning over their cases to lowly associates. There is always the possibility of a Cabinet post for Andrew if a Democrat should win.

There is also a chance of a lateral move in politics. It certainly is possible that Sen. Gillibrand will be so embarrassed by her failed presidential run that she might just get out of the Senate and that would offer Andrew an opportunity in that august body. But I truly think that Andrew will have to be looking at the possibility of running for president in 2024.

Andrew is so bright and so tenacious, you had better believe that it makes sense. Of course, based on the trouble that his assistants, now in jail, got into, Andrew will have to choose very, very carefully because running for governor and president are two very different propositions. More eyeballs on you. The one thing that I can tell you about Andrew is that by his own admission, he has very, very thick skin.

We know that he intends to run for a fourth term for governor and that will give him a few years to consider a presidential run. It will also give him some time to eliminate his Queens accent.