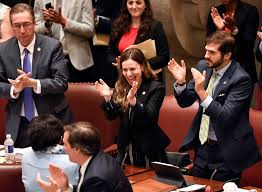 There are some things that I really don’t understand about politics, despite the fact that I have been studying the subject my whole life. I mean, on the face of it, it’s pretty obvious. It’s all for sale. Politics is a candy store. When I asked Andrew Cuomo why people gave him so much money, he said he would take extreme offense if anyone suggested that he was for sale. Of course, we all know that people give politicians money so that they can get something back, maybe not today, maybe not tomorrow, but some time. Now the New York Legislature has passed—and the governor has signed—yet another law setting up yet another commission that will decide how to finance elections so that government is not for sale. The clowns in the Legislature and the governor could have done the whole thing without a commission this year. It is one of the paramount rules of government that when all else fails, set up a commission to write a report that will end up on a dusty shelf somewhere.

So why not do it this way? If they say that they want to stop government from going to the highest bidder, then why not just do what the government in New York City has done? Let everyone go around and collect small amounts of money, then give them multiples of that money to run their campaigns.

Now, I am going to bet that you know the answer to the question. We now have a progressive Democratic Legislature in New York and a self-identified progressive governor who has himself collected incredible amounts of money to spend on elections. One of my best moments interviewing Cuomo was when I asked him why he had collected so much money when he wasn’t running for president, unless he actually was running for a fourth term. This was way before he would have made such an announcement, having just won an election. Cuomo is a master fundraiser who has been embarrassed by surrounding himself with a few characters who not only raised money for his campaigns, but for themselves, as well. 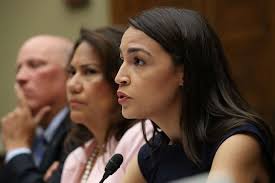 As for the legislators who have suggested that they are progressive and willing to do the right thing, we all know that the last thing they want is to make the system that has worked for THEM any fairer. They will avoid that like the plague. As I have often said, the last thing they want to do is to give opportunities to people who want to run, Iike my legendary “Bernie the Bartender” or someone like Alexandria Ocasio-Cortez, who is very much on the Democratic establishment’s minds. Frankly, I think Andrew Cuomo may have mispositioned himself on this one. So far, the old boys have been able to try to make things a little healthier without putting themselves in danger. But now they are caught. My bet is that the new progressives will call people’s attention to what is really going on here. It is in their interest to do precisely that. After all, they want to continue to make hay.

The new gang on the Democratic left certainly understands what to do here. Assuming that they want to win the game, it is in their interest to sweep out the old power brokers and position themselves to assume leadership posts and progressive positions on things like campaign finance reform. This will not be the first time this sort of recalibration of our politics has occurred. Sometimes, just when you think the old guard will not be swept out of office, it is. When AOC won against a man who was being positioned to be the next speaker of the House of Representatives, it was a revolution. The big players had better watch out; they could well be next.