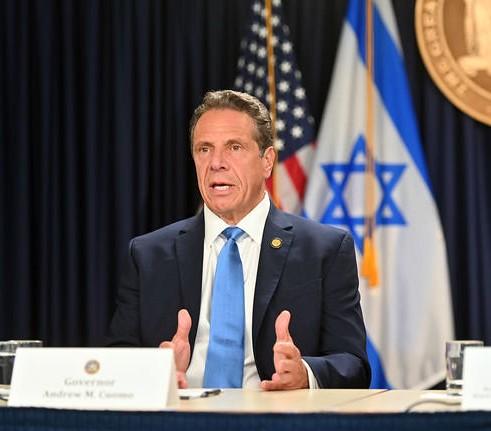 A little while back, New York Gov. Andrew Cuomo took a trip to Israel, something that a lot of American politicians have done on a regular basis. The reasons for the trip, he said, were in part motivated by the need to improve economic relations with Israel and also to show his disgust with the anti-Semites who have been raising their ugly heads around New York and the whole country. At the same time he took his trip, Trump’s son-in-law, Jared Kushner, says he is in the process of trying to bring peace between the Palestinians and the Israelis.

The great enigma is that President Trump has shown himself to be a good friend of the Israeli chief, Benjamin Netanyahu. By way of disclosure, if any is needed, I am Jewish. My family has been to Israel any number of times and in contrast to some American Jews, I believe in the right of the Jewish state to exist. Put another way, I have great affection for Israel but certainly not for its prime minister, who now faces all kinds of corruption charges and a very close election. I am joined in that sentiment by a lot of other American Jews.

One can always be cynical about the motives of politicians when they do things like travel to Israel, as Cuomo has done. When you consider the number of Jews in the United States, it is hardly an impressive figure—considerably less than 2 percent of the population. In New York, however, the figure is a good deal higher—13 percent. That makes New York second in the world to Israel when it comes to the numbers of Jews living there.

This leads to the question as to whether Jewish people vote as a block, or whether Catholics or Italians or Irish voters or any other ethnic or religious group vote in sync with one another. It turns out that they do not, any more than they believe in only marrying within their own group. Some do and some don’t. For example, the Hudson Valley recently saw a state Senate election won by a Democrat who dared to defy an important group of Orthodox Jews who opposed vaccinating their children against measles.

Don’t get me wrong. The last thing any religious group would take lying down would be a group insult. Some of the very people who are so in support of Donald Trump are enigmatically the same folks who march with the right-wing crazy crowd, a group that seems to have its fair share of anti-Semites and white supremacists. On the one hand, Trump moves the American embassy to Jerusalem and makes sure that his Republicans honor Netanyahu before the American Congress; on the other, he is supported by crazies who feature anti-Semites in their ranks.

We really don’t know what Cuomo’s future holds. I suspect that he doesn’t either. Right now in New York state, he is with the establishment wing of the Democratic Party. He was just handed a major defeat by Alexandria Ocasio-Cortez, who supported yet another outsider who took on the old guard. Every time I speak with him, he boasts of his progressive values, and yet he does seem to side with the Democratic old guard. As for AOC, the one time she got herself into real trouble occurred when accusations were hurled at her that she might be a bit too close to the anti-Israeli crowd. She was damned quick to defend herself against that charge.

See what I mean? I’m a Jew. I don’t care for Netanyahu. I have real problems with some of what he does on the West Bank and I like a lot of what I see with Ocasio-Cortez. I think she has got to know that when it comes to the so-called, sometimes, Jewish vote, she ought to watch her step.