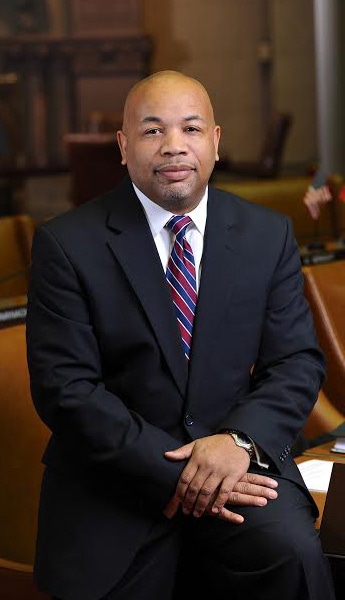 Congratulations to the New York Times editorial board for telling us what I have been telling you ad nauseam. Boss Carl Heastie (he used to be boss of the Bronx and now he’s the boss of the Assembly) had some nerve, fronting for his legislative underlings by suggesting that they should keep their huge and probably appropriate raises but reject the basic premise that they have to give up most of their outside income.

We know what is up with that outside income—it’s a kind of a legal bribery system whereby people go to someone with “Senator” before their name in hopes that the lawmaker’s clout will bring them extra consideration. So the Legislature took the raises they have been pleading for but rejected the rest of the deal, which included limiting their “lulus” or extra stipends for doing the work that they should have always been doing as part of their jobs. No wonder so many polls show that people have little or no respect for both the Assembly and the Senate.

These clowns have always believed that the practice of legal bribery should not be interfered with. Now they or their allies have gone to court to claim that the very commission they set up to avoid having to take the heat for pay raises didn’t have the authority to do what they did—put a limit on outside income. No big surprise here. As a very famous boxer once told us, “It’s just business.”

These folks are used to self-serving arguments. They truly believe that they don’t have to follow the rules that most of us abide by. Lord Acton told us a long time ago that power corrupts and absolute power corrupts absolutely.

One of the group once told me that the senior people in the Legislature keep things running in a proper manner. So if a judge (who owes so much to his or her legislative colleagues) declares that the so-called commission exceeded its authority by setting limits on outside income and didn’t have the right to take their lulus away, will Boss Heastie and his counterparts in the Senate have to give their newly elevated salaries back? I am quite sure that these folks are not going to go back to their old, just-short-of-$80,000 salaries for what so many of them treat as part-time jobs. Make no mistake about it—they will go a long way to keep the money. Remember the last time when George Pataki offered them a deal? You get the pay raise if I get charter schools. They went for it!

I suspect that the denizens of the deep Legislature believe that the members of the commission, composed of recent and past city and state comptrollers, double-crossed them when they drew up the conditions on the pay raise. Gov. Andrew Cuomo has incurred their legislative wrath by arguing vigorously for the conditions that went along with the pay raise. No fool is Andrew. He knows what the people want. However, reports note that Boss Heastie is really cool (to the point of refrigeration) with the governor.

Make no mistake about it: When it comes to pay raises, we aren’t talking about mere public policy. We’re talking what really matters to these folks. As for me, I say that, assuming they deserve the money, give it to them. But absolutely NOTHING if they don’t follow the recommendations of the commission. Boss Heastie was elected to carry the water for the rest of these folks so they can shrug and say, “If it was up to me, I wouldn’t want to interfere with the commission, but he’s the Speaker and we have to do what he says.” That’s BS, of course, and we all know it. But that’s the game.