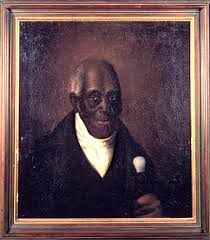 “Desegregating Berkshire County – 54 years ago” (David Scribner, The Berkshire Edge, February 16, 2015) motivated this column about the experience of one Black man in Berkshire County over 200 years ago. His name was Agrippa Hull.

The 1790 census shows no slaves living in Stockbridge, Massachusetts, but that was not always the case. Jonathan Edwards, that most respected among Congregational ministers, most honored among Stockbridge residents, and reputedly most moral of men, owned several slaves: Joseph and Lee, a woman named Venus, and a boy named Titus. He owned slaves until the day he died in 1758. In executing his will the following year, Timothy Dwight and his son Timothy Edwards “sold, conveyed and in open market delivered two Negro slaves [Joseph and wife Sue] which slaves were lately the proper goods of Jonathan Edwards.” In compensation, the estate received 23 pounds.

Twenty-two years later, in August 1781, Berkshire County was the site of a “freedom suit.” In Brom and Bet v. Ashley, attorney Theodore Sedgwick successfully argued that slavery was antithetical to the Massachusetts Constitution and Bill of Rights. Brom and Bet were freed. Some claim that was the first “freedom suit” but it wasn’t.

Quock Walker, another Western Massachusetts slave, won his suit and was freed two months earlier (June 1781). In whatever order, Walker, Brom, and Bet dealt a death blow to slavery in Massachusetts so by 1790 there were no slaves in Stockbridge or Berkshire County, and few in the Commonwealth.

In Stockbridge, in the same census, 62 “other free persons” were listed — 62 residents of Stockbridge who were both nonwhite and non slave. One of the 62 was Agrippa Hull.

Agrippa Hull was born to free Blacks in Northampton where, interestingly, his parents attended Edwards’ church. There is disagreement about the facts of Hull’s early life: he was born March 7, 1759 or as early as1757; his Father died or simply fell on hard economic times forcing his mother to send him to live with free Blacks in Stockbridge; he was six when he arrived or slightly older; he died when he was between 81 and 89 years old, and his portrait was painted when he was 85 or younger. Once Hull enlisted in the Continental Army in 1775, however, his life is well-documented.

Agrippa joined the regiment of General John Paterson (Lenox), and served for more than six years. That was a remarkable length of service compared to many who served only a month or two. He was aide to General Paterson, then to General John Burgoyne, and last to the Polish General Thaddeus Kosciuszko. Hull survived the winter of 1777-1778 at Valley Forge and when he mustered out in 1783, his discharge papers were signed by General George Washington at West Point.

Hull returned to Stockbridge in 1783. He purchased a piece of land, and he married a former slave, Jane. Jane simply left her masters after the Walker, Brom, Bet cases, and Sedgwick helped her secure her freedom — not through a court case but by negotiating with her owner.

For the proud veteran, land owner, husband, and soon-to-be father, life was good but not idyllic. While free to work for wages, wages were neither readily available nor abundant for a Black man. While a landowner, it was a small holding and the yield was not sufficient to provide a cash crop.

The problem was taxes. The war debt was chocking the young country. In order to pay it, heavy taxes were levied. Berkshire Sheriffs were seizing small farms for unpaid taxes. Hull had land and a house but not much ready cash. To supplement his income, he joined Mumbet (Elizabeth Freeman) in the Sedgwick household.

To further assist with his economic problems, Judge Sedgwick wrote a letter on Hull’s behalf in an effort to get his veteran’s pension. Sedgwick explained that Hull was entitled to the pension but was unwilling to prove it because Hull would not surrender his discharge papers, the usual form of proof. Because the papers contained Washington’s signature, Hull held onto them until the day he died, and it is unclear if he was granted the pension.

In addition to the mundane, Hull had more frightening problems. While he was safe from slavery in Stockbridge, Hull lived much too close to the New York border. Slavery was legal in New York and kidnappers were common. They came across the state line, grabbed Black men, women and children in Massachusetts, and sold them in New York. The wealth and importance of the Sedgwick family offered some protection from the slavers, but not from the rebels.

In 1786-7, the Sedgwick household offered no protection from Shays Rebellion; the rebels targeted it. Shays was organized in opposition to the heavy tax burden. Farmers believed the taxes were inequitably levied and the courts were prejudiced in favor of the debt and tax collectors. The courts and judges granting the right of seizure were the enemies, and Sedgwick was a judge.

For the man described as living out the Jeffersonian ideals of “a self-disciplined, civic-minded, and self-sustaining yeoman farmer,” what would Hull do? Would he join Shays as a small farmer, one among many being squeezed? Or would he join his former commanding officer, General Paterson, the man named to stop Shays. He waited as long as possible and in the final days before Shays Rebellion was stopped, Hull joined Paterson.

Hull seemed destined to be a conservative Black; siding with the white majority until…he left the Sedgwick household.

They blame it on Sedgwick never getting over Shays Rebellion. They say it was because Sedgwick hardened in his old age believing his political defeats were a function of an overly liberal bourgeois. They say Sedgwick was appalled by the French Revolution. Whatever the single reason or confluence, Theodore Sedgwick, the man who represented Brom and Bet, who negotiated Jane’s freedom, who gave his word to get Hull’s pension, turned his back on the ideals of the American Revolution including “that all men are created equal.” He proclaimed “a constitutional monarchy is the safest and happiest form of government.” He supported a hierarchy of mankind not equality.

Slowly but inexorably Mumbet and Hull left the Sedgwick household. Hull found more comfort in a house across the street. Barnabus Bidwell was a strong anti-slavery voice in Washington, and his support of Jefferson made Bidwell a political enemy of Sedgwick’s. In the way of small towns, however, Bidwell was also a former student of Sedgwick’s, a neighbor, and through the wives, relatives.

Electa Jones, author of Stockbridge, Past and Present, was a contemporary of Hull’s. She describes him as “unique,” without being “eccentric.”

He was seen as a wit, philosopher, and father figure to all Stockbridge residents, and according to Jones, “His presence at weddings seemed almost a necessity.”

A haughty man attended church to listen to a discourse from a distinguished mulatto preacher. On coming out of church, the man asked Agrippa, “Well, how do you like n[—–] preaching?”

“Sir,” Hull retorted, “he was half black and half white; I liked my half, how did you like yours?”