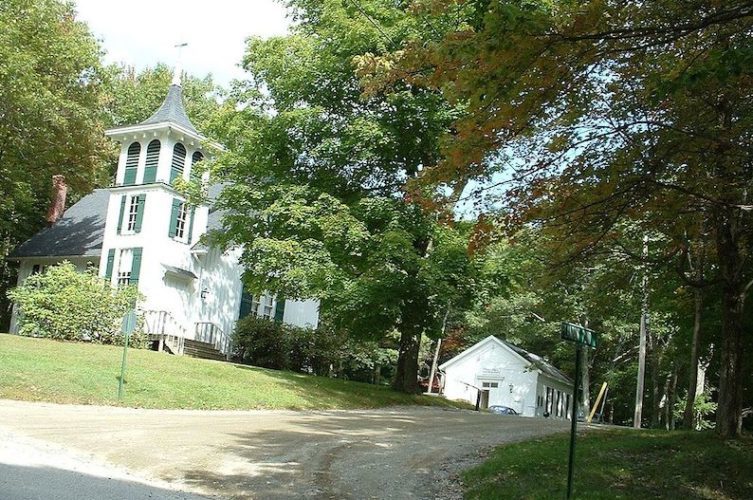 Mount Washington Town Hall is located to the right and behind the Church of Christ on East Street. Photo courtesy Wikipedia

Newcomer Eric J. Mendelsohn won his write-in campaign for a seat on the selectboard, garnering 52 votes from the 78 persons who cast ballots, according to preliminary results posted on the town’s website. Ten ballots were left blank for selectboard.

Longtime selectboard member Gail Garrett was the lone candidate on the ballot for election to that board, but had abruptly withdrawn after a public and personal spat with Mendelsohn. Garrett still received 18 votes.

Garrett was also running for re-election as town clerk but resigned from that post, as well. Town office administrator Elisabeth Lem became acting town clerk but did not want the job permanently. Fortunately, Linda Beckwith later stepped up to mount a write-in candidacy, garnering 62 votes, and is now the new clerk.

The resignation of Garrett threw the government of the tiny town with a full-time population of 165 full-time residents into a state of confusion and turmoil. Garrett was unopposed on the ballot for both selectboard and town clerk in the May 11 elections, but withdrew after a tumultuous selectboard meeting in April that featured an exchange of insults between her and Mendelsohn.

Garrett, also an attorney in private practice, announced her resignation from both posts later that month. She had been on the selectboard for at least 10 years and has served the town in various other capacities, including the Planning Board, School Committee, and as a delegate to the Berkshire Regional Planning Commission.

All other races were also uncontested. 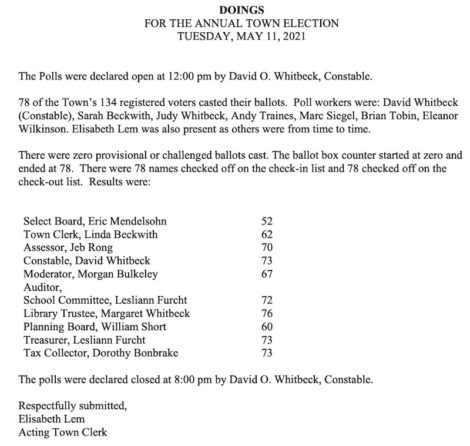