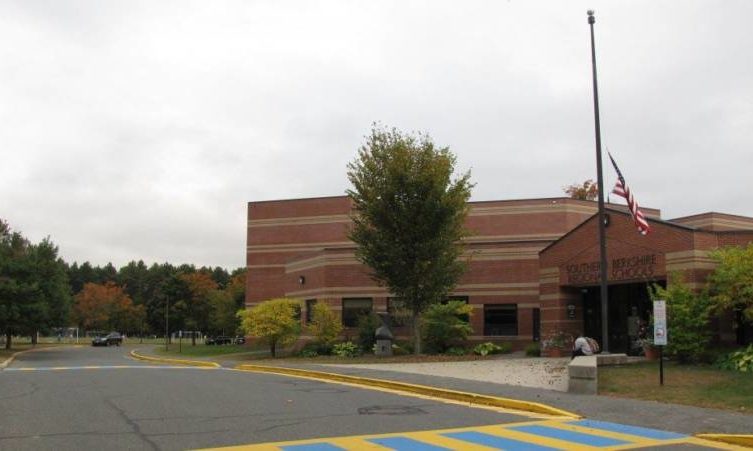 Editor’s note: This story has been revised to include a statement from school committee chair Jane Burke.

Sheffield — In one of the more contentious annual town meetings in recent memory, Sheffield voters Monday night passed a measure to fund their share of the Southern Berkshire Regional School District’s budget and soundly rejected a proposal to confer “rights” on the Housatonic River.

The scheduling of the meeting itself in the auditorium of the Mount Everett Regional School sparked some controversy itself. Several people questioned the wisdom of holding the meeting indoors, noting that others have held their town meetings outdoors.

Longtime school committee member Bonnie Silvers announced on Facebook that for the first time in 21 years, she would miss the annual town meeting because of concerns about holding a gathering indoors.

“I have contacted our town manager and two of our three select board members to indicate that I believe their actions are discriminatory towards seniors and that those I have spoken with in Great Barrington and Egremont said that their outdoor meetings were great,” Silvers wrote. Nevertheless, Silvers urged those in attendance to vote for the school budget.

In the warrant for the meeting, both the board of selectmen and the town finance committee had recommended passing over the item because of the uncertainty around state aid and revenue projections during the COVID-19 pandemic. At Monday night’s meeting, selectboard member Martin Mitsoff formally made the motion to pass over the town’s share of district funding.

There are five towns in the district. At least four must approve funding it in their town meetings in order for the regional school district budget to pass. Taxpayers in Alford, Egremont and Monterey have already voted to fund their portions. Because of the pandemic, New Marlborough has postponed its annual town meeting until next month, after the new fiscal year begins on Wednesday, July 1.

So if Sheffielders did not vote to fund their share, Southern Berkshire would start the new year without a budget. That means the district would have to proceed on so-called one-twelfth budgets, or monthly spending packages based on last year’s levels. So there was an urgency about this town meeting that had been lacking in many others before it.

Several speakers, including Amy Murray, a fourth-grade teacher at Undermountain Elementary School, noted that 14 teachers had been given layoff notices because of the possibility that the district budget would be rejected.

“We have no idea where this pandemic is going to go or what education is going to look like, but 14 of my colleagues were given a pink slip,” Murray said. “We’re already at bare bones, and you want 3 or 6 feet between students … a no vote guarantees that they are not being rehired because we don’t have the funds to do that. A yes vote at least gets them hired back.”

For their part, members of the board of selectmen said they recommended passing over the town’s nearly $7.2 million contribution to the district because of the uncertainty around how much aid the district will receive from the state, which has yet to pass its own budget and is facing projections of large revenue shortfalls.

Asked why he wanted to pass over the item, selectboard member Bob Kilmer replied: “Mainly because we have no direction from the state on what their funding will be. So if we do pass this tonight, the town of Sheffield taxpayers will assume any shortfall that the state does not fund.”

Kilmer said he anticipated going on one-twelfth budgets only for a month or two until the state passes a budget or the funding patterns become more clear, whichever comes first. If the district does not have a budget in place by December, the state Department of Elementary and Secondary Education will set it.

“But there is no guidance, no numbers,” Kilmer added. “We have nothing to base our budget on at this point except for the fixed costs.”

The district’s proposed fiscal year 2021 spending plan calls for a total of slightly more than $17.5 million, an increase of 1.47 percent over last year. Click here to see the spreadsheet, which is dated March 3.

“I think it’s very important for us to know what we are voting on and I feel deeply for the school and for our superintendent Beth [Regulbuto] who has been told to ‘hope for the best and plan for the worst,'” added selectboard chair Rene Wood. “Those are the exact words from DESE. What you are voting on tonight is what the budget was before COVID-19.”

Kilmer asked Regulbuto why a no-increase budget would necessitate the laying off of 14 teachers when the proposed increase was less than 1.5 percent. Regulbuto said the district was “required by law to give pink slips to people if you can’t guarantee the position will be funded. So if we do not have a budget in place by that time … statutorily you have to inform people who do not have professional teaching status in the district.”

It should be clarified that “professional status” in Massachusetts is the same as tenure in most other states. So those given pink slips are nontenured teachers, likely with no more than three years of service to the district.

School committee member Dennis Sears of Sheffield said voting to pass over the warrant item on funding the district and actually voting against it would be a distinction without a difference. And he suggested a vote on the budget would empower the town.

“If it goes to December, the state will actually set the budget for us,” Sears said. “I personally would rather have … the opportunity to vote.”

And vote they did. The motion to fund the town’s portion of the district’s operating and transportation budget passed by a simple majority. The meeting was streamed live on Community Television for the Southern Berkshires. The replay should be available by 7 p.m. Tuesday night by clicking here.

Jane Burke, who chairs the school committee was happy with the result and sent The Edge the following statement: “Led by Superintendent Regulbuto, the whole budget making process this year has been thoughtful and thorough. Teachers and administrators worked tirelessly with the school committee and town officials to keep the increases as low as possible, only 1.47 percent, without compromising the students’ educational experiences. I am gratified that this was recognized by the voters at the Sheffield Annual Town Meeting last night.”

Another item of note on the agenda was a measure to formally confer “rights” on the Housatonic River in order to protect it. The arguments for and against the proposal largely echoed those in an Edge story from last week. The item failed by a wide margin. Click here to read the Edge article.