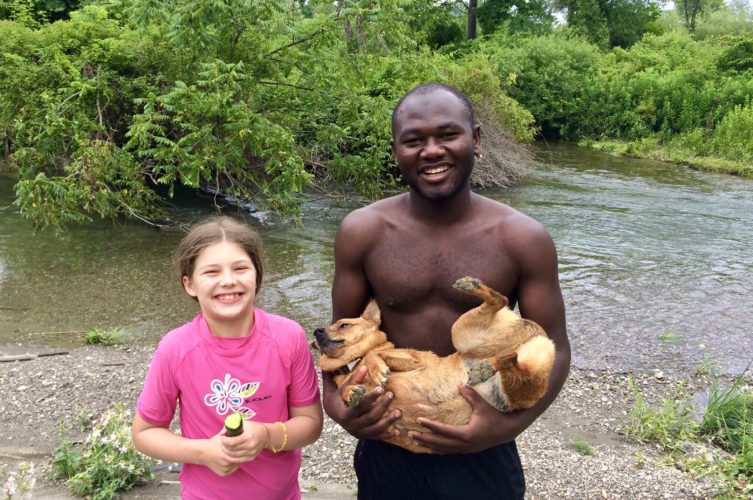 It was a day or two after I had taken an SAT preparation test in the winter of 2009 when, if my memory serves me well, the woman who supervised the exam approached me about my writing. She was also the Mount Everett Regional High School guidance counselor.

She started with an apology for having secretly read my test. ‘’You’re such a good writer,’’ she proceeded to say, with an expression on her face that was a mixture of guilt and shock. Up until then, I had wondered why she had denied me the same opportunity to graduate that she gave my fellow exchange student who was from Poland. I had also wondered why, despite repeated promises, she never called me into her office to advise me on college applications and scholarships like she did with everyone else.

But in that brief, surreal moment it became very clear to me that she had made up her mind about me long before she had learned anything about me either directly or from a teacher or colleague like the white Polish student who, ironically, relied on me to help her excel in some of her classes.

So, when people ask for my views on racism in America, I find myself reliving life in the mountains of Western Massachusetts, the scene of my initial encounter with racism, and the place where I had spent many of my formative years. For someone like me, going to America was, in the words of one of my grandfathers, a “life’s ticket”. America, from where I grew up in Kete-Krachi, Ghana, represented more than just a place of immense prosperity: it was also a place that fast-tracked the commoner’s journey to high social recognition at home.

But my initial encounter with the Berkshires belied many of the expectations that years of indoctrination and orientation had seeded. Sure, there were white people everywhere, but everything else seemed out of order. Homes surrounded by woods instead of skyscrapers or shopping malls? Food pantries for white people? Houses of modest size? But nothing was more disorienting than the process of discovering my identity as an African through the eyes of white Americans.

The average person from where I grew up is raised to identify with a particular family, ethnic group, or religion long before he or she understands what his or her country or continent represents. To a large extent, African is largely a political identity, one that communicates very little about the person being described. Yet, in the United States, and for the first time in my life, I was simply “African”. My exact place of origin, Ghana, was almost an afterthought. And I quickly discovered that an African to the average American was someone I didn’t really know.

Upon arrival, one of the first things a black African realizes is that it is impossible for him to be seen untethered to his place of origin. But “African” isn’t just an adjective that pins him geographically to a place, it is a word that connects him to a set of expectations and stereotypes that are almost always reductive. In my case, there were queries about whether I got to the United States by plane or boat and whether I lived in anything that resembled a house. But beyond that, there was, I felt, a feeling that I was the physical incarnation of an Africa people wanted to believe existed.

This Africa for some was a fantasy land of wildlife and simple living. For others, it was the proverbial heart of darkness: a place retarded by the uncivilized culture and poor virtue of its indigenes. Those that held the former view of Africa are often eager to hear the African’s stories of something cool like wild animals roaming about in the village, or conversely tell him about their own safari adventures or some charity work helping poor Africans in one country or another (geography was something of an afterthought, as if East Africa and West Africa were somehow neighbors).

But those who held the former view, i.e., of Africa as the heart of darkness — are often eager to remind the African of his place and purpose. That purpose, for an African like me, was to return home gratefully furnished with outdated encyclopedias from Mr. Smith’s attic to help aid in the scholastic development of his village or perhaps nation. That his library is deserving of the same up-to-date learning materials as found in his school in America is as far an expectation for many Americans to have as the idea that he has much to teach them beyond his experiences with war, poverty, and wildlife.

But after seeing those pictures of mostly white people marching on Main Street, I asked myself how best can the good white people of the Berkshires help fight against racism? And I have concluded that an important initial step is for each to start from a position of acceptance of the fact that circumstances have made it impossible for any American not to be racist against themselves or others. Racial prejudice is the logical thing to have when you have been raised in a society that at best talks about the need for others to be tolerated and given rights.

As nice as that may sound, it presupposes a relationship as inherently unequal as that between a giver and a taker, a host and a guest, a constituent and an appendage. White Americans who believe they derive their inalienable rights from The Creator don’t believe they are his equal. How then could a Black man or woman ever be equal when their inalienable rights are subject to white approval?

The giving of rights to Blacks also reveals a fundamental reality that is the monopoly that white America has over the decision on who belongs and who does not, whose pain is worth memorializing whose is not, and whose contribution is worth an entry into the record books and whose is not. Fighting for recognition as a Black person is, in essence, fighting for admission into the community of full citizenship and humanity that is the natural habitat of white people.

One could be forgiven for their prejudice against someone from a foreign country. But how does one explain prejudice by some Americans against other Americans on the basis of race? The only rational answer I could think of, giving how racially and economically segregated America still remains, is white fear of black skin. For many, race is a determiner of behavior, a belief that has been nursed and strengthened by the various presentations of Black anywhere from government reports and the media to the classroom and dictionary.

Fighting against racism requires more than just stopping those who think that race is a determiner of behavior and outcomes. What it also requires is a recognition that most acts of racism aren’t dramatic and not every racist act is done by someone who is conscious of it. Because the reality is that I have encountered more white people who, because they live in a bubble so secure they don’t even know it is actively being protected, genuinely believe there is nothing wrong than I have encountered people who thought less of me because of the color of my skin. And so how do you fight against something that you don’t think is a serious problem? The truth is you have no way of knowing whether or not you have racial prejudice inside you until you have been confronted with a situation in which all you have is your gut. It is one thing to have a poster of Marcus Smart of the Boston Celtics up on the wall at home, it is another to see a man of his profile on a resume or worse walking in the direction of your car or into the elevator.

That is why I believe it is essential for all of us to begin from a place of acceptance of the fact that we are more likely sullied, at least unknowingly, by racial stereotypes than we are not. This is the initial step towards unlearning the many myths, lies, mistruths, and stereotypes that cause us to harm others and sometimes ourselves. Sadly, too often this process of unlearning begins after we have already hurt others. And while it is never too late to do the right thing, for victims the right thing to do is to learn before it is too late for them.

Part of making sure that we live in a society where everyone appreciates everyone equally is ensuring that the next generation is not hampered by the same burdens of selfish presentation of facts. Public statues must reflect the values of the present whole, much as history textbooks have to tell the history of America and the world from the minds and hearts of people not only named Smith and Johnson. It must tell those histories to the next generation not from the token sections of the textbook, not during special months or weeks, not on special days but in every chapter and on any given day of the week.

It is only through the seamless presentation of America to Americans and of the world to all global citizens that we can count on the next generation appreciating each other as full and unqualified members of the same family. This task isn’t simply the right thing to do; it is the necessary thing to do. Because if 2020 has taught us anything, it is that he who has no regard for my life cannot be counted upon by you either when yours is at stake.