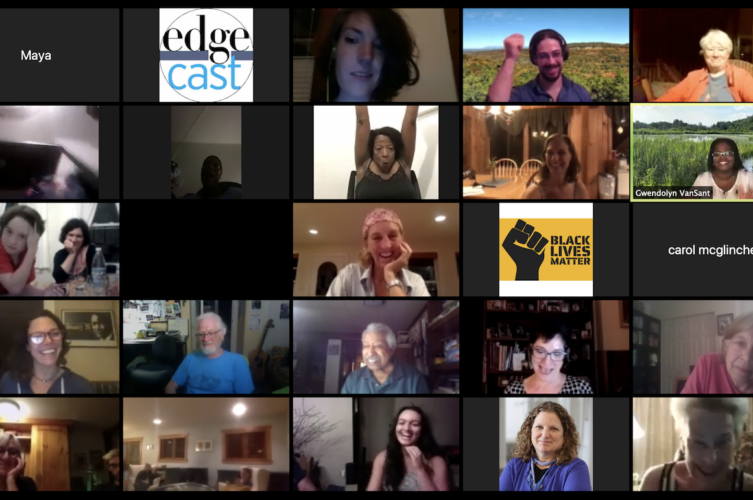 At least 25 people spoke during the online public hearing conducted via Zoom, with about a quarter of them speaking against the proposal. Opponents had bombarded the school committee with emails and a digital petition titled “petition signatures to stop the renaming of MVM” and signed by 254 people. In addition, an online MoveOn.org petition was organized last year that, as of Friday morning, had been signed by 305 people.

But it was not to be. Unlike in 2005, when a divided committee considered and ultimately rejected a proposal to name what is now Muddy Brook Regional Elementary School after Du Bois, the composition of the committee is no longer the same. Only one member from 15 years ago — Chairman Steve Bannon — remains, and moreover, the community has changed as well.

Opponents of the proposal, some of whom were also vocal about it last time, were small in number but sharply critical. Military veterans Andy Moro and John Bubriski of Housatonic were among the most outspoken dissenters.

The usual arguments were trotted out: Du Bois, a cofounder of the NAACP, left Great Barrington as a young man and had rarely returned; he had become a communist at age 93, then went into self-imposed exile in Ghana, where he died two years later at 95. Du Bois had also given a eulogy in 1953 for the notorious communist dictator Joseph Stalin, calling the Soviet leader “courageous” and “a great man.”

“If you were looking to rename a middle school, you should consider one of the 58,318 veterans on the Vietnam wall in Washington, D.C.,” said Moro, a Marine Corps veteran and a former school committee member and Great Barrington selectman. “They supported the United States constitution and, unlike Du Bois, they didn’t turn their back on their country and support communists.”

But for every Moro and Bubriski, there were at least four members of the audience — and the entire school committee — who supported the proposal, often passionately.

Gwendolyn Hampton VanSant, who heads Multicultural BRIDGE, explained Du Bois’ belated embrace of communism as the act of a frustrated man who was convinced that meaningful change would not be possible from within the system.

“The bias against Dr. Du Bois is also rooted, I believe, in not valuing or possibly comprehending the quality, impact and sheer volume of his work, especially in this day and time,” VanSant said, referring to Du Bois’ prolific work as a scholar and writer.

“As a nation and as a community, we are living in a national moment unlike many in our nation’s history,” added Laurie Norton Moffat, who heads the Norman Rockwell Museum in Stockbridge. “We have a national opportunity and a local opportunity to affirm that black lives matter … and that we celebrate the legacy of some of our wisest and most highly educated leaders in this space in our country.”

Petitions circulated last year in the district’s three member towns asking for voters to endorse the renaming of the middle school after Du Bois. They were endorsed overwhelmingly by a show of hands in Great Barrington and comfortably in Stockbridge and West Stockbridge. The Great Barrington petition was filed by Multicultural BRIDGE volunteer Tim Likarish, who also spoke Thursday night in favor of the proposal.

One of the emails the committee received was from Dick Coons, who was on the school committee in 2005 and voted to name the new elementary school Muddy Brook. Coons said he now supports the renaming of the middle school after Du Bois. Click here to read all of the emails received by Superintendent Peter Dillon on the renaming.

School committee member Richard Dohoney of Stockbridge read a motion endorsing the proposal. It passed 9-0. The committee actually has 10 seats but one is vacant because of the recent resignation of Daniel Weston of Stockbridge. Bannon, who did not vote to name the elementary school after Du Bois in 2005, termed last night’s meeting “historic.” The online crowd broke out in applause, or what passes for applause on Zoom.

A visibly emotional Dennis Powell, who heads the Berkshire County Chapter of the NAACP, could barely contain his glee:

“This moved our community in the direction that we need to go to. I thank everybody for your devotion, your tenacity, your endurance and your persistence that this had to happen,” Powell said. “What Great Barrington and the school committee proved tonight is black lives do matter.”

For more information on Du Bois, see the three-part series for The Edge by Simon’s Rock professor Justin Jackson in which he explores Du Bois’ complicated legacy, including his commitment to equality and passion for social and racial justice. Jackson’s Edge essays can be found here: