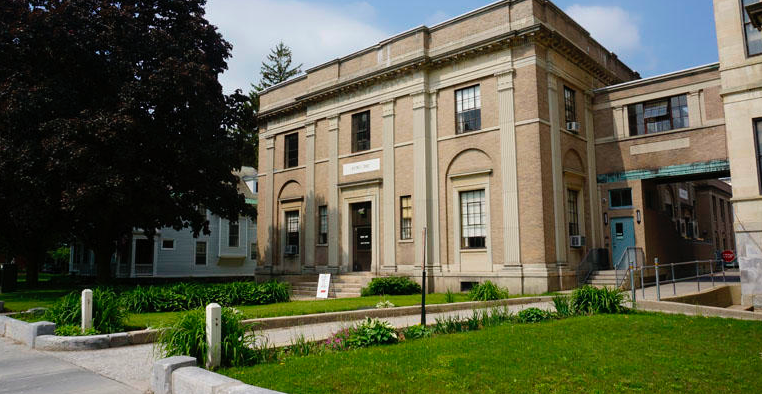 Editor’s Note: The following is the final chapter in a first-person account of heroin addiction, edited and compiled by Sheela Clary, who recorded five hours of interviews with the narrator of this series. Names have been changed to protect the privacy of the storyteller and the people she speaks about. Also available to read are Chapter 1, Chapter 2 and Chapter 3.

Do people know what drowning feels like? When I was younger, I used to see how long I could hold my breath. Your body starts burning, you need oxygen. That thrashing feeling your lungs feel, like they’re screaming for air, except all over your body and for three to four weeks straight.

It would be like if it took a month to drown instead of four to five minutes … being in withdrawal for eternity would be the perfect hell. It’ll make you do anything just to feel better in the moment. I have a pretty high pain tolerance … it’s not a pain, like sharp or dull, it’s a discomfort, but discomfort sounds so cushy.

A lot of people will vomit and have diarrhea. For me, it’s like electric shocks and you can’t lie down, you can’t sit, you can’t do anything. A lot of thrashing. Nothing is good. You’re exhausted, all you want to do is sleep and you can’t. Not knowing what it feels like, it’s like, “You feel like crap, big deal.” It’s so far beyond feeling like crap.

At several points [in jail], I slammed my head against the wall, to try to knock myself out. I was so tired and I couldn’t sleep. I didn’t have the guts to do it hard enough.

If you go to detox, probably the worst of it is over in a week because they’ll give you medication. Then there are post-acute withdrawal symptoms which can last six months or a year. Depression, restlessness, flashbacks. suboxone or methadone will mitigate those symptoms. A lot of stigma is attached to those.

It wasn’t to save money or because I wanted to do it for my parents or because I didn’t have any other place to go. I was really just done with it. For myself. It was like a lightswitch.

I chose methadone; that’s what I am on now. It’s not ideal, but that’s been the most effective path. They start you on a low dose and raise you up, little by little, until you’re where you need to be. Honestly, I don’t think I would have made it out if it wasn’t for medication. I had nine months clean, relapsed once, and now I have 15 months [clean].

So that brings us to drug court. It’s been two years in Pittsfield. Have you heard about it? The regular probation, their approach is just come in when we tell you, don’t get in trouble, pass all your tests. Me, I would dodge around it, and try to beat the tests. Drink a lot of water, or stop just before I was going to be tested. They might make you do a group. They don’t treat addiction like a disease.

My probation officer at drug court, he says, “I used to think that jail was a good enough deterrent to stop people! To tell people they’re going to jail if they get high, you would think that that would be enough. I was so naïve.”

The big difference [with drug court] is the people really care. Instead of being treated like a scumbag, people say, “Hi, how are you doing today?” It gives you the motivation to want to do better. They have a drug court session every Thursday and there’s a panel with probation and counselors, and you go up to the judge. Everybody comes in and he calls us up one by one.

At first it was just me; then, the next week, there was another guy, and they kept adding people week by week. The judge asks you how you’re doing, and will tell you what you need to do. I get to take home bottles from the methadone clinic, which is a privilege. You do a group once a week. I couldn’t say enough good things about it.

Everybody has their own treatment plan. The first phase and second phases you report every week, the third phase is every other week and the fourth phase is once a month, and they’re each three months long. I got it all done in 13 months. The guy who came after me kept messing up and, when I graduated, he was still in phase one. He ended up getting kicked out.

I invited my family [to graduation]. They had program books and the woman who runs my group spoke. She, the judge and my probation officer all spoke. There were people from different courts who had all come to watch. Basically, the whole courtroom was filled. They gave me flowers and a coin with the date and my name on it. I wasn’t expecting a big deal, so I didn’t write a speech or anything. It left me a bit speechless, honestly. I just thanked everyone.

It’s hard to find that breaking point, when today’s going to be first day of the rest of my life. It’s hard. I wish I had some amazing piece of advice that would change the world.

Everyone is addicted to something. Most addicts know what they’re doing is wrong. Finding something they are doing right is probably something they’ve already been told a million times. I think a second chance is the greatest gift you can give. I still remember and am forever grateful for the people that gave me a couch to sleep on or a ride or anything when I was on the streets.

I always said I wanted to be a veterinarian … I still don’t really know. When I was younger, I was an A student, in the 98th percentile on all the tests. I did ballet.

You wouldn’t have thought I would end up the way I did. All my teachers thought I had a lot of promise and would do well in life.

[When you’re an active addict] you know what you’re doing is wrong. I would picture my life in the future, not doing that anymore, but it was … how do I get there? I would think about when I’m older, and I wouldn’t think, “Oh, I’m still doing this.” I would think about myself with the house and the car, maybe kids, maybe not, being normal. You don’t daydream about being 65 and still shootin’ up in the bathroom, but it’s just, how do you get there?

It seems a lot more messed up now, looking back.

I have been down there to visit [Jake and his family] and they see I’m clean now, and doing well, but … I don’t get as much time now to prove myself. I could go visit whenever; they’ve always welcomed me. It’s something I could probably try to put more effort on my part, too … but it’s never going to be … I can never take that back, so …

I have some friends, like the women in the women’s group. Everyone there is clean. I hate pot now. It makes me anxious. I have my pets. I like to hike. I work a lot. I always thought I’d want to have kids, but now I’m not so sure. [I enjoy] just being able to relax and not have the stress of running around and having to depend on something for your happiness. I’ve had enough excitement in my life for now. I should be retiring or something! Like an old person. I just want to sit home and do nothing.

I just try to be honest and apologize and just do better for myself to show that it’s not the person I am anymore, and that’s all I can do … My parents … (silence) … it all just takes time … the more time you can have to negate the negative.