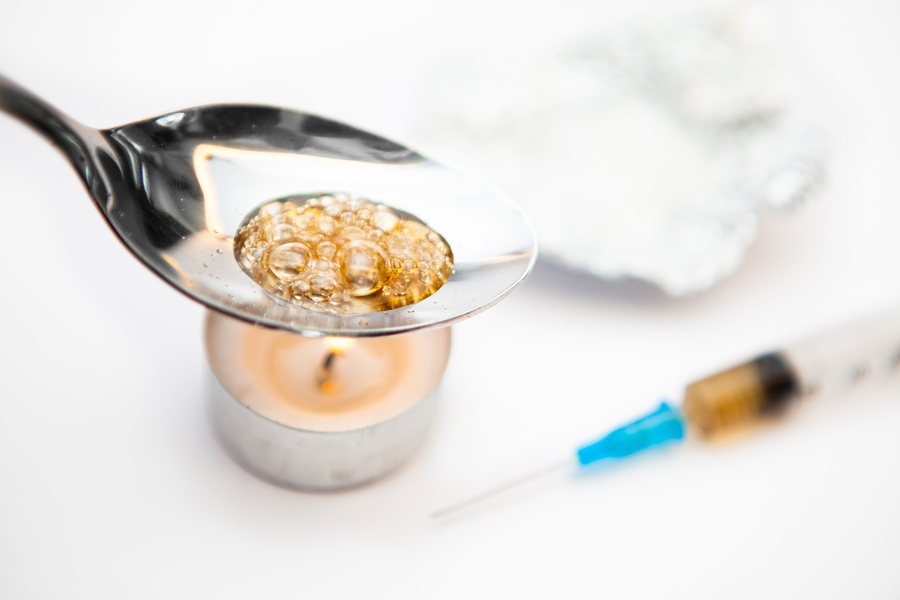 The following is the opening chapter of a first person account of heroin addiction, edited from five hours of interviews. Names have been changed to protect the privacy of the storyteller and the people she spoke about. Subsequent chapters will run over the course of the next week.

My roommates were able to do a line or two on the weekends. I can’t. I start out like that, but then I’m calling the guy on the side and shooting up in my room. It’s an every-day, all-day job to be a drug addict.

I grew up in an apartment complex with lots of kids. We all used to play outside together. This was when the streetlights were your curfew. My best friend had four brothers and sisters and our younger brothers were best friends, too. On the weekends we would all go places as a large group, the seven kids and parents. Jake [the dad, not his real name] was always having neighborhood kids over and feeding them. The house was always filled with kids. I was an A student, in the 98th percentile on all the tests. I did ballet.

Pot started when I was 13. I hated school but, when I started smoking weed, I’d wake up in the morning and be excited. “Oh! I can go smoke before I go to school.” Eventually, I just wanted to do it all day, every day. That’s something I didn’t remember until later on, when I was trying to put together where I went wrong.

I escalated very quickly. I started pot and ecstasy and mushrooms and did my first line of coke all within that same year. It was curiosity—“What’s it going to do to me?” I always told myself I’d never use a needle, even as I was doing lines and popping pills and snorting ketamine. I said I’d never smoke crack, I’d never stick a needle in my arm.

The spring of my sophomore year in high school, it was getting nice out, my parents were gone all day, so I’d take everyone back to my house and party. I think by then I’d tried everything except crack cocaine, methamphetamines and heroin.

I started skipping classes. My grades went down and my mom freaked out, and decided to move me up here. When I moved, at 16, is when things got worse for me. My school in New York had like 3,000 kids, so, there, I was one of the good kids. Up here [in Berkshire County, Massachusetts, where the high school population is a fraction of that],I was one of the bad kids. I got caught drinking at school, got suspended, had to go to counseling. I didn’t have a lot of friends, stayed home a lot. Smoked pot every day, morning, after school, at night.

If I hadn’t done all those other things, I don’t think I would have been as willing to try it. Heroin is a completely different ballgame.

It’s like after you take a nice hot shower on a cold day and crawl into your nice warm bed with fresh sheets. It’s just like, ahhhhhhhhh. It makes you not worry about anything. Everything is just fine. The house is burning down? It’ll be fine.

I don’t remember the first time I tried them [OxyContin pills]. I don’t remember what was going through my head. I do remember it was a prescription and they were just giving them to me — “Do you want some?” — as a social thing, snorting them. I didn’t start out using every day. It was once, then a month later, then it went to once a week, then twice a week.

People were selling them [OxyContin] for $80 an 80-milligram pill, and I could do that in one shot! I probably jumped to heroin within that same year. When you have someone saying this will do the same thing for you but it’s a tenth of the price? Sounds good to me. Oxy and heroin, there’s no difference. They are the same. They are the same. If you can’t find any heroin, an oxy pill’s gonna do the same thing for you.

You always get the rush when you shoot it, but then it goes to feeling like that for an hour off of half a bag, to feeling like that for five seconds off of five bags. The more you have, the more you do, the more you need. I went from doing a tiny corner of one bag, to doing 15 bags a day. [One bag contains between one-twentieth and one-tenth of a gram.] If it was a competition, I probably could have done two, three times that much. There were many nights when I stayed up all night because I didn’t have money. You have to come up with $150 every single day? It doesn’t happen every day.

I have known people in their 70s using heroin. Everyone kind of intermingles. We used at people’s houses, in cars, at the park, in the woods, gas station bathrooms, in the bathroom at McDonalds or Burger King. We took a lot of rides out to Springfield or Hartford … find someplace to park.

None of my friends [in New York] do those kinds of drugs, not Jake’s family. In New York, it’s more like … homeless people. I feel like, if I’d stayed with that same group of friends, I wouldn’t have gotten into heroin.

It’s more acceptable up here. Up here, doctors, lawyers, everyday working people you would never think are hiding this secret. It [the ‘we’] is always changing, because people get clean or they go to jail or they get sent away. That’s the three, isn’t it? (bitter laugh) Jail, institution, or death. It’s a different group throughout the years. Some of them are still around. I just wave, walk by, say hey. I don’t have many friends left, let’s put it that way.

I’m still trying to figure it out. I had a good childhood, I had friends, I had parents who loved me. Other than not wanting to go to school, I wasn’t beaten, abused, raped. I’m not hiding from something. I just liked it, you know? You hear people say, “Don’t do heroin, you are going to become addicted to it.” But you try it, and … I’m trying to find the right way to explain this … it feels great, you wake up in the morning and you feel the same as before. For people who don’t do drugs, I think it’s hard to understand. But when you’ve been doing cocaine for 10 years …

My boyfriend at the time kept talking about shooting up. I would say, “No, no, no.” I was deathly afraid of needles.

It went like that for a couple of months, and then, finally, one day we had a friend do it for us. Nothing’s free, so they’d want a bag or something. That got pretty expensive and, finally, I just learned to do it myself.

I always had pretty good veins. I used to have big ones on top, and they kind of disappeared. I still have scars, that one right there, a hard bump. I had monster veins, now I probably look like a normal person. I never went in my feet, like some people have to, or in my neck. I would always refuse [to shoot someone up] if it was someone who snorted and wanted to try for the first time, but … people always wanted me to do it, because I could always find a vein. They would call me “the nurse.” Some people can’t find them on their own.

This one girl tricked me into doing it and I didn’t realize until years later … (silence) People make their own decisions. I’m not going to blame the person who did it for me the first time. I don’t feel like I was as much of a scumbag as people can be. People will intentionally try to get somebody hooked, ‘cause they want their money … people do messed up things. I’ve done bad things, but I don’t feel like I’m a bad person. I just made mistakes.