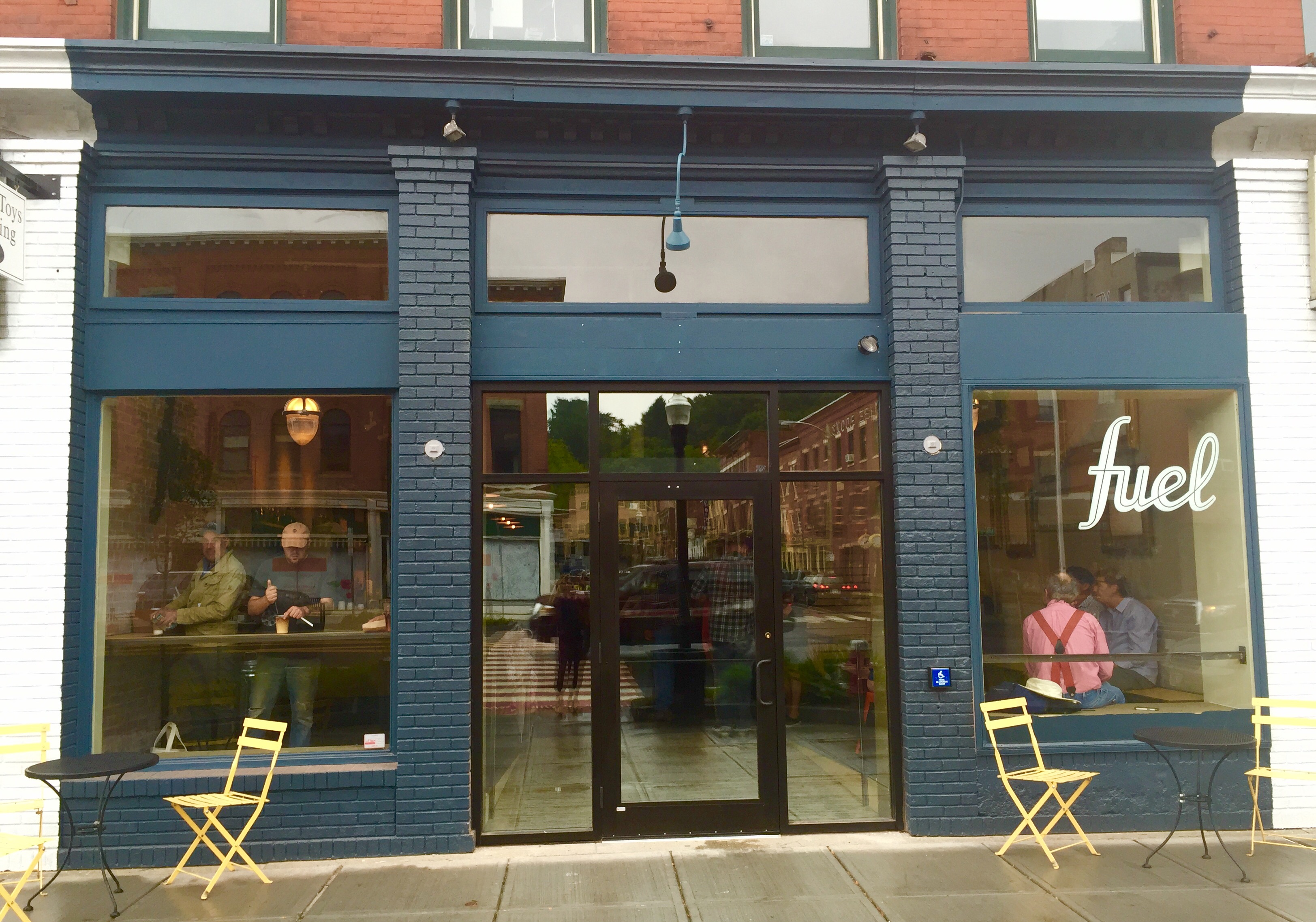 Editor’s Note: Welcome to the first chapter of our serial novel, “Over the Edge.” Each chapter, to appear weekly on Sunday, will be written by a different Berkshire author who may take the narrative wherever he or she has a notion. Our tale of intrigue begins with an installment by Dan Klein.

Professor Zain Toma had become a campus sensation in a matter of weeks.

His personal appearance accounted for much of this. His thick, pitch-black hair fluttered in loose ringlets when he walked. His deep brown eyes expressed both warmth and some kind of inner torment to everyone he encountered. His French-made trousers, shirts, and jackets conveyed an artfully casual continental aesthetic. And, of course, there was his voice: soft yet resonant with both Iraqi and French accents.

Then there was his story – several stories, actually, because they varied dramatically, depending on who was telling it. When Zain arrived at Pine Rock College, the provost, Cynthia Curry, had simply announced in a memo that Professor Toma was an Iraqi refugee who had been head of the economics department at the University of Basrah before his departure and that they were all honored to have him join their faculty. Only a day later, a story circulated in the faculty lounges and student dining halls that Toma had been an interpreter for a CIA special ops unit in both Basrah and Baghdad, and thus had become a target of Nouri Hasan al-Maliki’s army. Hence, Toma’s swift relocation to a small, relatively obscure New England college.

Then, of course, there was considerable speculation about Toma’s family in Iraq, speculations that quickly coalesced into a credibly detailed story of a beautiful French wife and a daughter under house arrest in Basrah. And there was another story that many students, most of them female, whispered as gospel in their dorm rooms: Professor Zain Toma had a long-running love affair with none other than Angelina Jolie, who, when she was on the East Coast, stole into his campus apartment late at night. Toma was a man who inspired glamorous, far-fetched stories.

On his third consecutive Tuesday at Pine Rock, Toma taught his course, “Macroeconomic Theory and Problems,” and then was seen to take the school shuttle to Main Street of Grandville, the town where the college was situated. There the professor entered the Fuel Coffee Shop and joined a short, somewhat rotund, Caucasian man wearing a blue Polo jogging outfit who was sitting at a rear table. They spoke rapidly and softly in a language no one in the coffee shop recognized. It certainly wasn’t a Western European language, but it did not sound to the well-traveled Fuel barista, Adam Jessex, like Arabic either. Jessex thought it might have been a Slavic tongue. About a half-hour later, the two exited the shop. A few minutes later a black, Infiniti Q70 pulled up and the two men entered the rear seats. 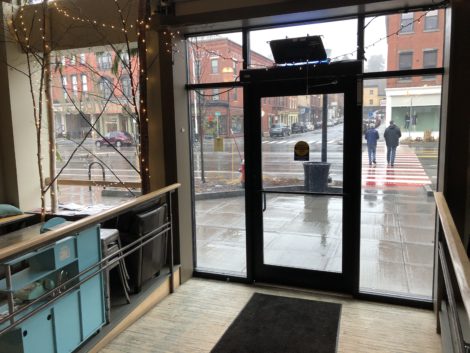 That was the last anyone at Pine Rock saw of Professor Toma.

When, on the third day of Toma’s absence, Provost Curry was informed that he had not shown up for his class on Marxism and had not been seen in his apartment building since Tuesday, she tried several times to reach him on his cell phone. No answers. Curry then phoned Ronald Forbank, in Washington, D.C. Forbank was the lawyer in the State Department who had arranged for Toma’s placement at Pine Rock.

Forbank and Curry had known one another since they had been classmates at Amherst College where they were both officers in the Young Democrats Club. They were well known on campus for bringing lefty celebrities like Adrianna Huffington and Bernie Sanders to speak at the school. The two had kept in contact ever since, as Cynthia went on to Yale School of Management and then climbed the academic administration ladder, and Ronald went from NYU Law School straight to the State Department.

Forbank had arranged for Zain Toma’s quick placement at Pine Rock with a single phone call, during which he assured Cynthia that the State Department would pay all of Toma’s expenses, including his salary. Forbank also suggested, near the end of that conversation, that Cynthia should visit Washington sometime soon, as he would like to introduce her to some people on the board of American University who were currently searching for a new president.

Now, Ronald remained silent as Cynthia told him about Zain Toma’s disappearance. Finally, he said, “Don’t call the police. Either local or state. No news stories. Absolutely none. Actually, we do need a story to account for him.”

“He was called back to Iraq for something?” Cynthia offered. “Sick wife? Sick child?”

“No, nothing with Iraq,” Ronald said. “Something here in the States.”

“You know, Lyme disease. The deer tick virus. This part of the Berkshires is the epicenter of the epidemic. Some people get meningitis from it. Affects their sight. Headaches. Very debilitating.”

“Perfect. Where do people with Lyme disease go?”

“I don’t know. A hospital? Some kind of recovery facility? A rest home, maybe.”

“Good. Somewhere in the Midwest would be good. I’ll have somebody find one and register him.”

“Where do you think he is?”

“I have no fucking idea.” 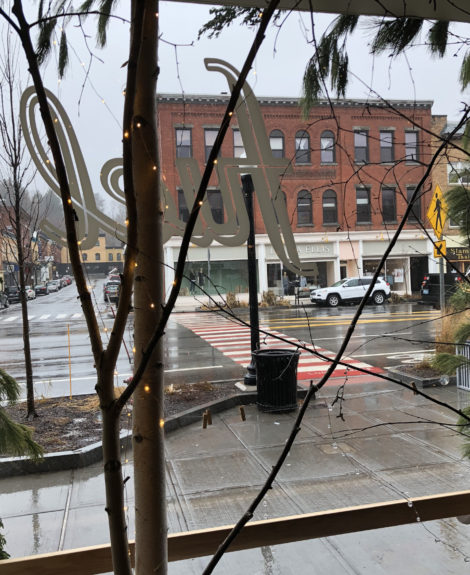 Patricia Feinstein had just been entering the Fuel Coffee Shop as Toma and the man in the jogging suit were leaving. She had never taken any of Toma’s classes – she was a drama major – nor had she ever spoken to him. But, like everyone else at Pine Rock, she knew who he was. And, like many of her girlfriends at school, she had a giddy crush on him. She knew it was ridiculous, like, so totally adolescent, and she knew he was married to someone back in Iraq. She didn’t, however, believe the story about Angelina Jolie. Like, that was so lame.

She had looked Toma straight in his dark, moody eyes as she passed him. She smiled and he smiled back before turning and getting into the car that was waiting for him. She felt her freckled face blush. Then she scolded herself for being such a silly girl and went inside for a cup of Marsala chai.

On Thursday, when everyone was told Professor Toma had contracted Lyme disease and meningitis and that he had been sent off to some hospital in South Dakota, Patricia didn’t believe it any more than she had believed the Angelina Jolie story. For one thing, it didn’t jibe with what she had seen in front of the coffee shop. That was not a sick man who had smiled at her.

Patricia went into town and asked Adam, at Fuel, what he thought was going on.

“Not what they’re saying. That’s for sure,” Adam said.

“Did you see who was driving that car?” Patricia asked.

“Ya know, I did,” Adam said. “And it kinda surprised me. It was a lady, a very nice-looking one too. Long blonde hair under her cap. She was wearing a uniform. I thought maybe she was a chauffeur. But then I saw her jacket had some kind of insignia on it. Military, I thought. But not American military. At least not like any I’ve ever seen. I was in the army, ya know. Twice.”

Patricia nodded. “Think Toma was on some kind of secret mission?”

“Or he was kidnapped.”

Patricia laughed. “I doubt that.”

“We live in weird times,” Adam said. “The professor was foreign, right? Maybe it was ICE cops. Kidnapping him and sending him back home.”

“Jesus!” Patricia said. “That’d be awful. How could we find out about something like that?”

Adam shrugged. “What I’m wondering is why your people up at Pine Rock are lying about it.”

Adam had to go off and make a couple of lattes. When he returned to Patricia, he said, “I still know a few computer tricks from the Army. Maybe I could pull out some info about what happened.”

“Tell me about it,” Patricia said and she laughed.