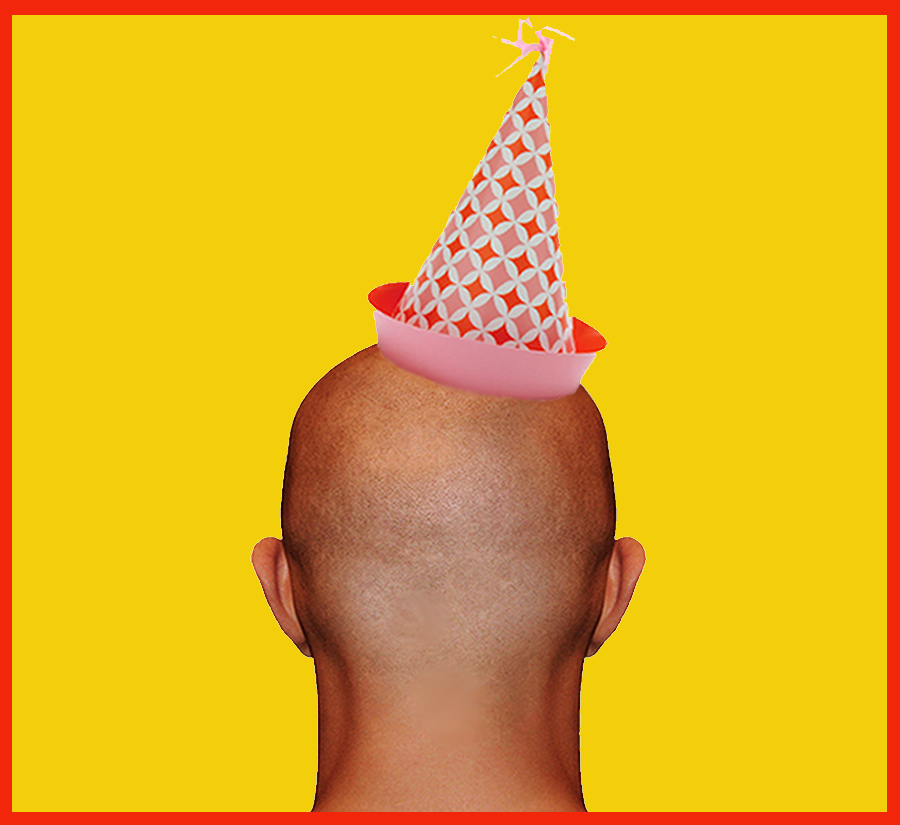 Great Barrington —In a time of divisiveness, it’s time for a festival that unites people in celebration. For Sandy Cleary, the director of the Daniel Arts Center, such a celebration should include a scavenger hunt, an orchestral and choral performance, a circle of firefighters telling their stories, a pop art ballet – and a late-minute addition, a salsa dance party — all combined into one huge three-week art festival called  “Daniel’s Art Party.”

Running from June 12 through July 1 at Bard College at Simon’s Rock, Daniel’s Art Party is the highly ambitious work of Los Angeles-based Artistic Director Ken Roht, renowned choreographer, filmmaker, and artist, and his team of musicians, actors, and visual artists. 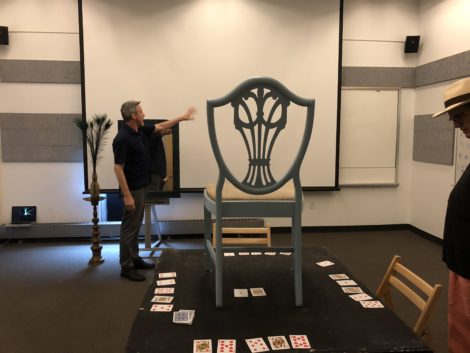 Aside from a scavenger hunt, the festival will take place within the walls of the Daniel Arts Center, where audiences will be engaged in immersive and original theater works, all according to Roht’s artistic vision. Roht has worked for The New York Philharmonic and Yale Repertory, and his writings have received grants or commissions from the Rockefeller Foundation and the Chicago Opera Theater. For Daniel’s Art Party, Roht has worked with professional actors, musicians and students from Simon’s Rock in an effort to utilize the talent within the Berkshire Community as well as from Boston and New York.

Cleary said that one of the main objectives of the festival is to include and engage the audience in new and exciting ways – and to include the wider Berkshire community.

“Almost everything the audience will see has been created for us, with us, and by us according to Ken Roht’s vision. He has a style that’s whimsical, theatrical, and entertaining,” Cleary said. 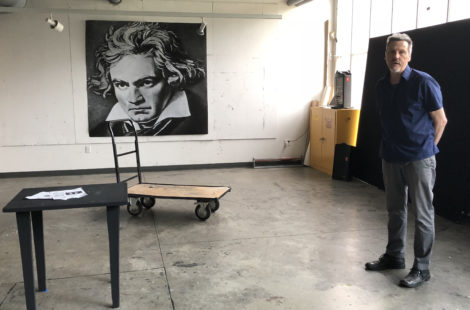 Of course, there are many other artists working both on and off stage to bring Roht’s vision to life. Among these artists is Michael Counts, who is known for large-scale installations and has been called a “master of immersive theater” by the New York Times. Along with Berkshire-based fiber artist and sculptor Huck Elling, Counts has created a campus-wide scavenger hunt for audiences of all ages.

The festival begins on June 12 with ‘The Elgar Variations Tour,” that depicts the life and romances of Victorian-era composer Edward Elgar. A walk-through of the Daniel Arts Center will have audiences come upon tableaus depicting episodes in Elgar’s famously scandalous life. 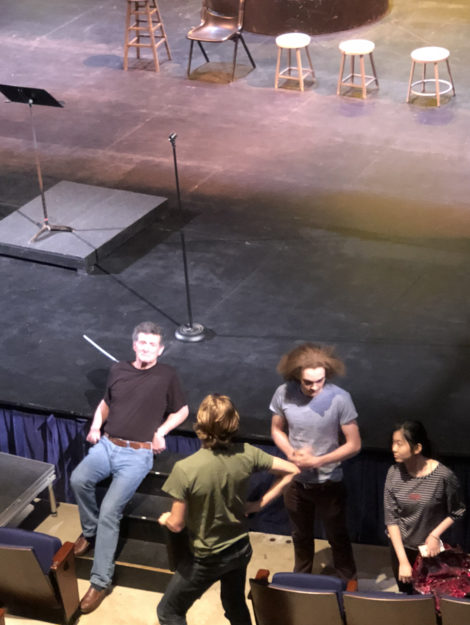 For audiences seeking lighthearted musical entertainment, actor and director James Warwick, as the “flappable Maestro Doolally,” and the Lenox-based Cantilena Chamber Choir under the direction of Andrea Goodman will give three comedic musical performances inspired by Victor Borge’s comedic style.

On Sunday, June 17, and again on July 1, “The Secret City” will offer a secular revival show that celebrates art and creativity – with outrageous outfits – from the imagination of Obie Award-winning performer Chris Wells.

If country music is your ticket, then don’t miss “Orange Star Smasharoo!,” a folk-musical farce during which the stage is occupied by dining audience members as they experience a high-drama night in the company of a bawdy Wyoming ranch family.

And on June 22 and 23, “Danny’s at the Fair,” described as a “fun-loving agricultural variety show,” will be performing with livestock on stage, coordinated by Moon in the Pond Farm.

The festival also incorporates farmers and craftsmen who are Berkshire natives, as well as “Leatherheads: Berkshire Firefighters Tell Their Stories,” a multi-media performance and discussion, hosted by a local fire chief and his firefighters. The event will shed light on what a life fighting flames encompasses, a subject, Cleary said, has always fascinated Ken Roht.

Daniel’s Art Party is presented by the Daniel Arts Center at Bard College at Simon’s Rock. The event is sponsored by the Girl Scouts of America, Shakespeare and Company, Blue Q, and Carr Hardware among other local organizations. Tickets are now on sale $5 for kids (ages 4-12) and $10 to $15 for adults. Kids 3 and under attend for free. An “All-Access Party Pass” to all seven events is $50 for adults and $25 for kids. Cleary encourages audiences to stick around for the last event of the festival, which she says is her favorite. “We’re not doing tradition, it’s not elitist, it’s popular. Art is for everybody. Come play with us.”

For a schedule of events and tickets, go to danielsartparty.org.