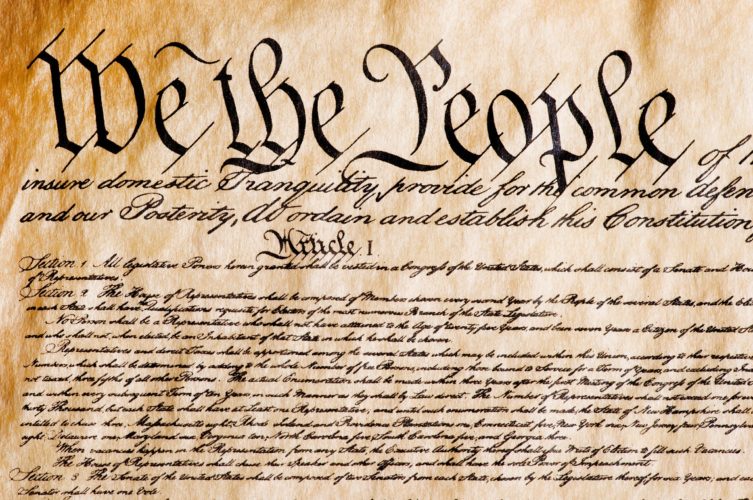 Constitution of America, We the People.

Republicans have been worried most about the power of Trump’s base. Their blather about how awful the storming of the Capitol was is just that – blather.

Look how many of them backed the counting of the electors, a process which took place after the smoke had cleared and people had died. They did that to appeal to Trump’s base, and they continue to be terrified that the president – the current president — will get someone to run against them in their next primary if they stray from the Trump party line.

The possibility of Trump running in 2024 has also frozen in place the young Republican Turks who are chafing at the bit to run for president. They don’t have any idea whether to support Trump, break from him, pretend to be principled, or if there is any clear course of conduct for the next four years.

I have a suggestion which will solve the Republican legislators’ problems.

Once the impeachment resolution is introduced and approved by House next week, there is a chance for the Senate to do everyone a big favor. It is a little complicated, but not much.

The Senate can then vote not to convict and remove Trump, but to censure him and preclude him from holding federal office again. Under the Constitution (and one case where a judge was censured and received the same punishment), the vote to pass such a resolution is a majority, not the two thirds necessary to remove a President or other impeached individual.

This solves the Congressional Republicans’ problems. They can pretend they are unwilling to tolerate a seditious attempt to disrupt the nation, and at the same time get rid of the threat of a second Trump run in 2024 and watch the slow diminishment of the President’s hold on his voters and the Republican Party. I bet that there would be more than a few Republican Senators who would join the Democrats for a substantial majority to censure.

Take a look at Article 1, Section 3 of the Constitution and the law review and other comments on this issue.

I will probably do a little more research, but I actually looked at this years ago for a federal judge from Florida who was impeached and removed, but then ran for Congress — where he now sits.