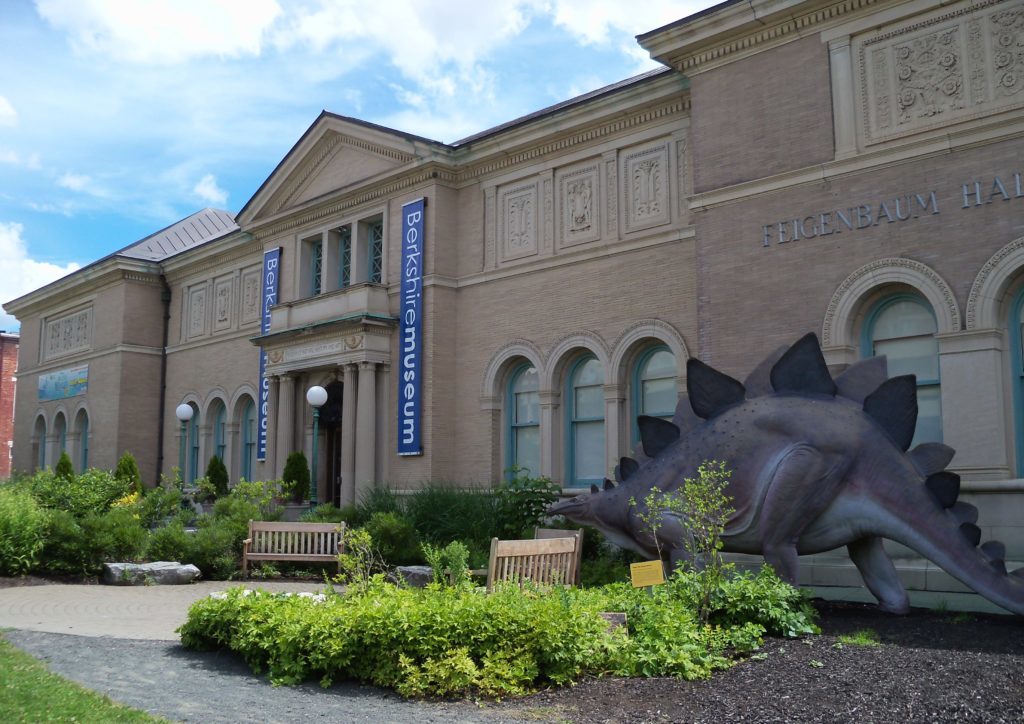 In September 2017, I wrote a piece for The Edge inspired by two recent, Pittsfield-based news stories; the cost-cutting layoffs of 73 staff in the Pittsfield Public Schools, and protests outside the Berkshire Museum against the proposed sale of paintings. I have a Masters in Fine Arts, and love to spend sublime moments with all manner of art, but I was of a mixed mind on the issue of the Museum. I’d only known the Museum as a generous provider of affordable educational opportunities. It did seem a bad precedent, however, for an organization to offload its most precious possessions to pay the bills. But the sight of black-veiled protestors holding up “SAVE THE ART” signs in the center of a city struggling with so much clear and present human despair— violent crime, overdose deaths, profound poverty— made me angry.

I wanted to redirect our collective attention to more pressing human matters. I wanted to stir our shame, to show that when taxpayers can’t or won’t adequately fund public schools, children are denied their rights to a basic education. I wanted to also hint that kids’ welfare ought to be our first, second, third and fourth philanthropic priorities and when the kids are all set with food, shelter, loving adults and good schools, then we may turn our attention to the adults, and then to the animals. After all the living creatures are cared for, it would be appropriate to concern ourselves with the welfare of the inanimate objects.

I know, first of all, that I failed in this impossible task. I also know that this is an absurdly naive, simplistic mindset. I know it establishes false hierarchies. I know people can and do dote on both their dogs and other people’s children. I know the art mourners might the following day have been protesting for a $15 minimum wage. And yet.

Perhaps it’s the striving Christian in me, but I still think there’s a hierarchy of care to strive for. I still think we’re called to put our neighbors—people— first. I still think it’s a no-brainer that the word “philanthropy” should live up to its literal meaning, which is “the love of humanity.”  By that standard, shouldn’t donations to institutions for the purpose of slapping one’s name on a school, fountain, concert or gallery be left out of the category philanthropy, and be termed, say, “vanity charity”?

I also know this line of thinking is heretical in a county whose livelihood depends on the arts. In that vein, a commenter to my Pittsfield story accused me of taking “a cheap shot” at the museum protestors. He wrote, “It is misleading to use that [Pittsfield’s woes] as an excuse to disparage those who are opposed to the Berkshire Museum’s fire sale of its art…It is possible to walk and chew gum at the same time — and it is possible for people to care about more than one thing at the same time.”

The fact is, prestige and dogs and paintings— as well as beautiful buildings— are much easier to love than people.

Today I’m reading reactions to the 100 million euros raised in two days by French billionaires to repair Notre Dame Cathedral. What for 24 hours or so felt like a common sense of loss turned quickly to resentment as soon as the millions starting rolling effortlessly in.

My own feelings followed the same trajectory. My husband and I stayed five minutes from Notre Dame over Columbus Day weekend, and in walking by the towering cathedral each morning and afternoon and night it seemed as old as the land, as permanent as any human-made object on earth could be. It was shocking to see the magnificent symbol of a beautiful city go up in flames, horrible to watch the spire crumble and fall. I had the sense that I was part of a virtual community of sadness around the world.

But shortly after the flames were put out, it seemed the tragedy shifted from “ours” to “theirs.” France’s richest men started a bidding war to outdo one another in generosity, and the country’s outpouring of grief started to appear grossly out of proportion. People got angry. PBS features a story today titled, “Donations for Notre Dame Anger Yellow Vest Protestors,” and The Guardian claimed, “The Billionaires’ Donations Will Turn Notre Dame Into a Monument to Hypocrisy.”

As I write, motorbikes are being set on fire in Paris and tear gas is being turned on the Yellow Vest protestors, who, since November, have been disrupting the French peace, “motivated by rising fuel prices, a high cost of living, and claims that a disproportionate burden of the government’s tax reforms were falling on the working and middle classes.” Yellow Vest leader Ingrid Levavasseur, commenting on the aftermath of Notre Dame’s burning, captured the feeling I’d had looking at photos of women wearing black veils outside the Berkshire Museum. “What happened at Notre Dame is obviously a deplorable tragedy. But nobody died,” Levavasseur said. “I’ve heard someone speaking of national mourning. Are they out of their minds?”

Jose Fraile, one of today’s protesters, as reported by the Associated Press, said, “I think what happened at Notre Dame is a great tragedy but humans should be more important than stones. And if humans had a little bit more money, they too could help finance the reconstruction work at Notre Dame. I find this disgusting.”

But the critics of the lightning speed fundraising effort have their own critics. Wrote Timothy Lems on Facebook, on The Guardian’s article: “Such a short sighted viewpoint. The Notre Dame is owned by the French state. Billionaires footing the bill for the restoration means the French state can spend its valuable tax euros on better causes like healthcare, unemployment benefit, ecological preservation or even foreign aid…to name just a few.”

Here’s the walk-and-chew-gum argument. Or, more accurately, the “if the government doesn’t have to walk, it will have more time to chew gum” argument. But the thing is, the current French state has had ample opportunity to take on the “better causes” and it hasn’t. It’s neglected to take up a wealth tax, for instance, as the former government had tried and failed to do. Thus the Yellow Vest protesters.An explicit part of their platform is the removal of French President, Emmanuel Macron, who does seem to be the rich man’s man, out of touch with and indifferent to the needs of most people. Says Levavasseur of Macron, “It took him less than twenty-four hours to speak about the fire, while he made us wait for three weeks before addressing our issues.”

As vehicles for economic and other resentments, France has the Yellow Vests, England has Brexit, and we have, well, you-know-who. Here in Massachusetts we’re not protesting (yet) but last year’s proposed “millionaires tax” idea, also called the Fair Share Amendment, which could have raised billions in revenue for education and transportation here, didn’t even make it to the ballot box. It was struck down on procedural grounds by the state Supreme Court.

Massachusetts House Democrats are now attempting to revive that effort, with the goal of getting it onto the 2022 ballot. On the other hand, the Stop and Shop strikers across New England, protesting for better wages, show no sign of ending their strike.

It seems that one day soon, our leaders will have no choice but to prioritize the economic welfare of human beings. Income inequality will eventually have to reverse course. It seems in the meantime a lot of ugliness will ensue. If even a well-intentioned effort to rebuild a symbol of pride, place of beauty and house of worship, open to any and all of us, can wind up spotlighting greed and poverty instead, what can bring us together, and keep us together?

As for me, I succeed in loving humanity some small minority of the time. Children are easier than adults. Adults I meet in person are easier to love than the ones I encounter online or while driving. The people I meet in literature are easiest of all. But I do find hope in the people who are the true philanthropists, who do the invisible work of caring for other humans, who, as poet Marge Piercy puts in her beautiful poem “To Be Of Use,” “pull like water buffalo, with massive patience, who strain in the mud and the muck to move things forward”.