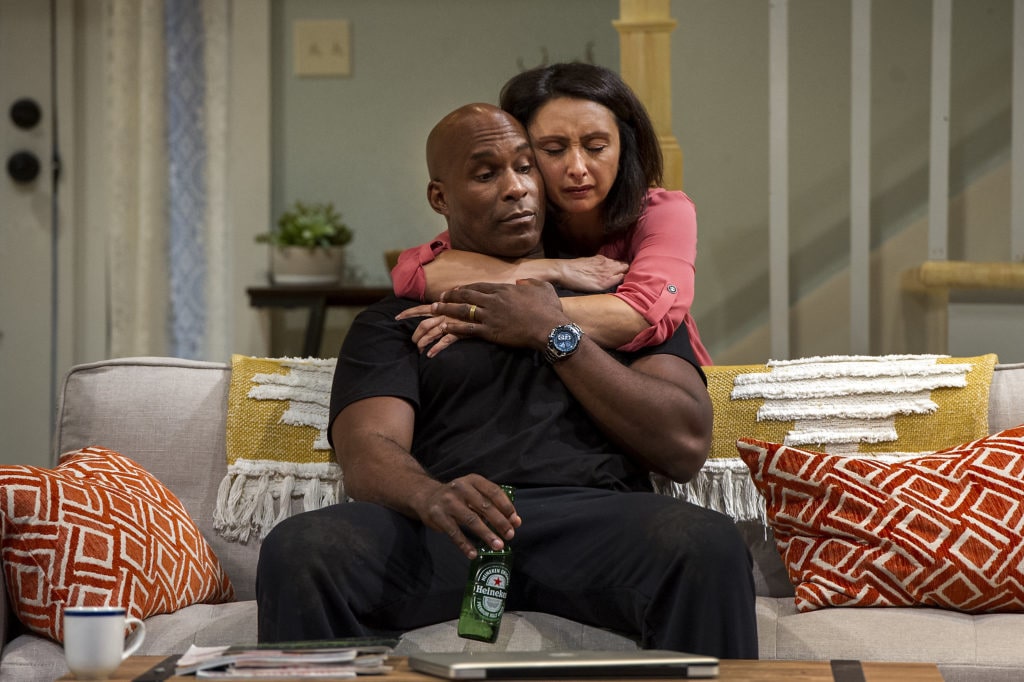 It goes the way it goes these days. Things we love have been shut down as a result of this coronavirus pandemic and so many of our regional theaters are looking at their well-planned seasons with a severely jaundiced eye. Through the yellowing haze, they have decided not to proceed with their seasons and have moved their schedules off a year into the summer of 2021. Now we hear from some government officials, particularly those who deal with health issues, that next winter, spring and summer may well become a duplicate of this one — or worse. It’s alarming for those people who live through the theater as well as those whose income is derived from music and sports and their ancillary involvement through providing housing, food and other things people need.

Barrington Stage Company is unique in its decision to remodel the interior of its Boyd-Quinson Mainstage in Pittsfield, removing entire rows of seats as well as blocks of seats to preserve social distancing while presenting shows that run no longer than 80 minutes and using three entry points. Providing no gift shop or refreshments, it is severely limiting its income for the season, but it is doing incredible work to keep theater alive in the Berkshires.

Berkshire Theatre Group has announced a minimal August season but has not indicated any way in which it will protect its audience’s need for separation from one another. But it continues to plan, as does Chester Theatre Company for its single announced play in August. Shakespeare & Company has decided to cancel its season completely, although its outside performance spaces could provide some access to theater. Williamstown Theatre Festival plans to offer virtual theatre via internet access of voice-only productions. Of course the hardest part in all of this would be protecting the actors and stage managers and their crew.

Julianne Boyd of Barrington Stage Company, in announcing the Arthur Miller play “The Price” for this September, alluded to the distanced relationships of the four characters, saying “They don’t like each other very much and so they never touch.” We’ll wait and see.

One thing that has distressed all of us a great deal is all of the news coverage of the loss to the American people in the area of entertainment. Newscasters refer to all major sports and to rock concerts, but they never mention theater; it is the ignored and overlooked entertainment industry, along with classical music. Only just recently did local news indicate that drive-in movie theaters in our region are free to open, not with new content, but only older films that are generally made available. New TV series are not being announced, either. Both of those art forms require a lot of people working closely together and 2021 may see reruns or reissues of older, long-since-completed pieces.

Actors, directors, writers, designers, technicians, editors, audiences and critics are the victims of this national ailment. We wait for better times to come. We seek other work, but of course, with restaurants and offices closed down or limited, the usual alternatives for artists are basically removed as well. Not everyone can work from home and actually make some money.

Theater in New York City is a major industry and a major tourist attraction. What Broadway and off-Broadway present fuels the regional theater scene, and our own regional theaters such as Williamstown Theatre Festival and Barrington Stage feed New York City’s presentations. Our own tourism is driven in great part by our theater companies, by Jacob’s Pillow Dance Festival (canceled), and Tanglewood Music Festival (also canceled). Our economy in the Berkshires is not driven by sports and not driven by rock music, at least not to the extent that it is by classical music, by jazz festivals, and by other forms of music and definitely now year-round by the theater (we have five major companies and a gaggle of smaller ones in Berkshire County; we’re surrounded by theater companies in Columbia County, New York, southern Vermont, northern Connecticut and in the Pioneer Valley).

It is up to our media presenters, newspapers, television and radio news stations, public broadcasting and the like to remind our citizens of the losses to our economy and to our way of life that the closing down of our theaters brings about. We ask that you include us in your daily comments about sports and rock concerts. We have brought a lot to this region, we have bolstered the way of life that Berkshireites enjoy. We know our artists and our audiences miss us already, and we miss them, too, which is something they all need to know.