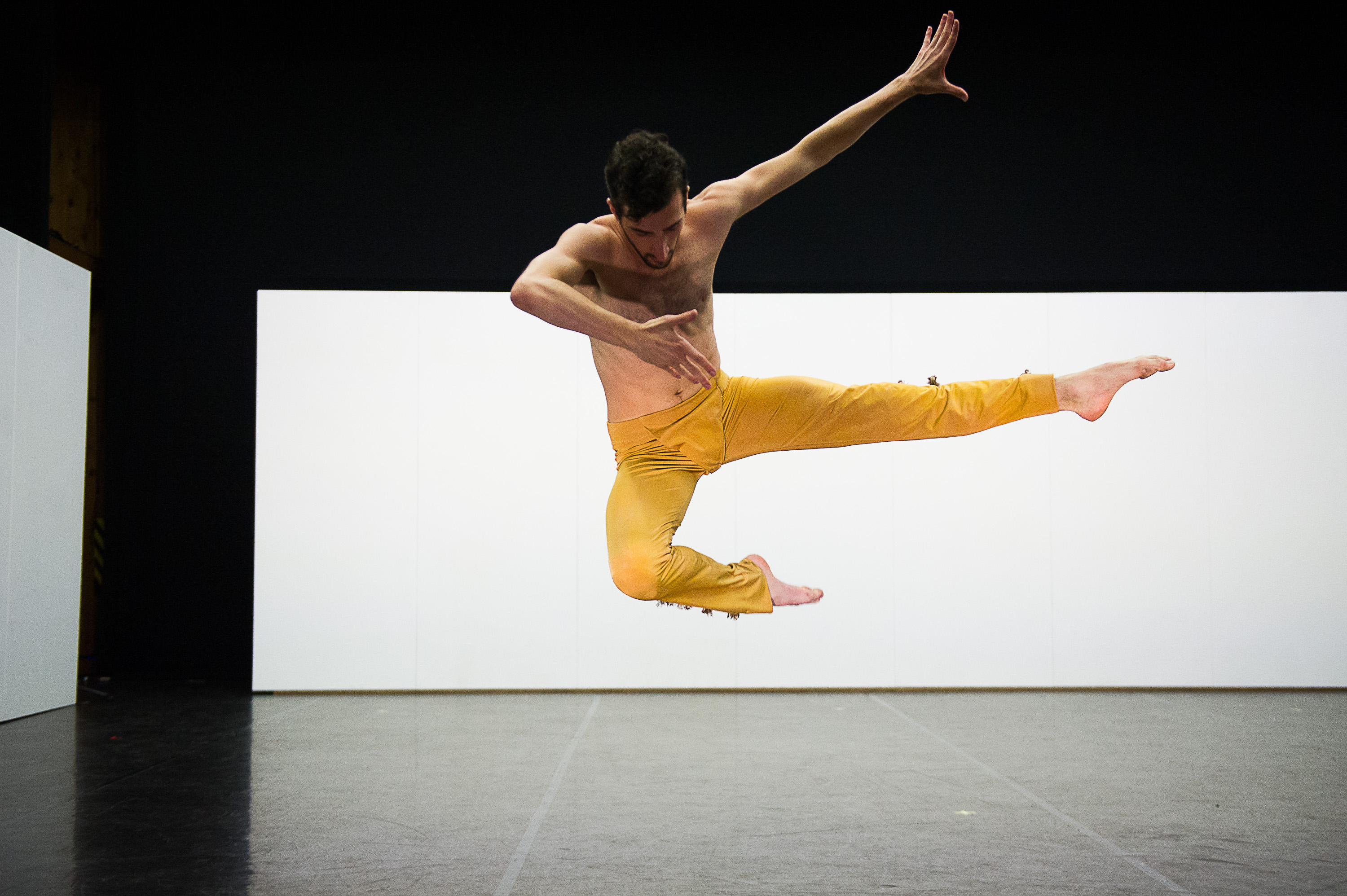 Becket — The program “Monument” at the Pillow last night (August 10) was a rare treat. It included historic choreography by Ted Shawn, Doris Humphrey, and José Limón.

The first four pieces were all solos. “Pierrot in the Dead City,” by Ted Shawn, was beautiful to watch, very clean and simple. I could recognize it was Shawn’s choreography immediately, by the framed poses throughout the piece. I have only seen photographs of his work, but the choreography was exactly like the pictures.

The second piece was “Two Ecstatic Themes,” by Doris Humphrey. There were two parts to the piece: in the first part, the movement flowed so softly and smoothly that the dancer (Logan Frances Kruger) seemed to be made of air. In the second part, the movement was more jerking and stronger, and Kruger projected the feeling of being more solid and tangible.

“The Unsung: Tecumseh,” by José Limón, was performed in silence. Without music, the viewer has to watch the dancer. You really notice much more of the small nuances in the choreography. The dancer, Ross Katen, performed with crisp clarity.

The last piece, “Four Dances Based on American Folk Music,” also by Ted Shawn, was fun.

The first solo, “Old Fiddler’s Breakdown,” was light; Bret Perry walked and danced about jauntily with his hands in his pockets the whole time. There was much emphasis on his facial expressions.

The second solo, danced by Davon Rainey, was sadder. To the accompaniment of the spiritual, “Nobody Knows the Trouble I’ve Seen,” Rainey danced in a convulsive way, to communicate despair, but with strong poses, as of courage. It was powerful and slightly unnerving.

Third came a very short solo, danced by Nicholas Bruder, to the song “Gimme That Ol’ Time Religion” and lastly, a solo, danced by Eric Jackson Bradley, to “Battle Hymn of the Republic.” This one focused slightly more on the tempo of the music. Bradley stomped along with the tempo, for example. It was an interesting group of four solos to see all together, each one very different from the others.

It became apparent to me that these first four pieces focused much more on expressive movement than dance, and what the choreographer was trying to convey to the audience. The dancers didn’t go through overly-rehearsed patterns and steps of movement. Instead, I could tell that each step or movement of arms or legs was specifically chosen to affect the tone of the piece. As these pieces were all solos, the audience member could concentrate and focus attention on the individual dancer. It made the dance clearer to watch.

“Monument,” the final piece on the program, choreographed by Adam H. Weinert, was a group piece. At first the dancers came on, pair by pair, at different intervals. They always passed each other, but paused for a moment, making some connection with the other dancers. Eventually, they all came on stage together. I could pick out certain movements and elements from the previous solos, incorporated into the piece. It demonstrated how movements can be used to create something completely different and new.

The program did seem slightly long, with no intermission, at sixty-five minutes. I could have used an intermission after the first pieces and before “Monument.” What did keep my attention were the white walls, used as movable sets. The dancers pushed them closer to each other, or angled them diagonally. They were as much a part of the piece as the dancers, particularly with the shadows bouncing off the white background.

This program is very worthwhile seeing for historical interest. When else can you see the choreography of Ted Shawn, Doris Humphrey, and José Limón in one performance? Adam Weinert deserves our thanks for his enthusiastic study of these masters and the way he assembles their ideas to create new and interesting work.

‘Monument’ is in performance at the Doris Duke Theatre at Jacob’s Pillow in Becket, Massachusetts through August 14. For tickets and information, consult the Berkshire Edge calendar.