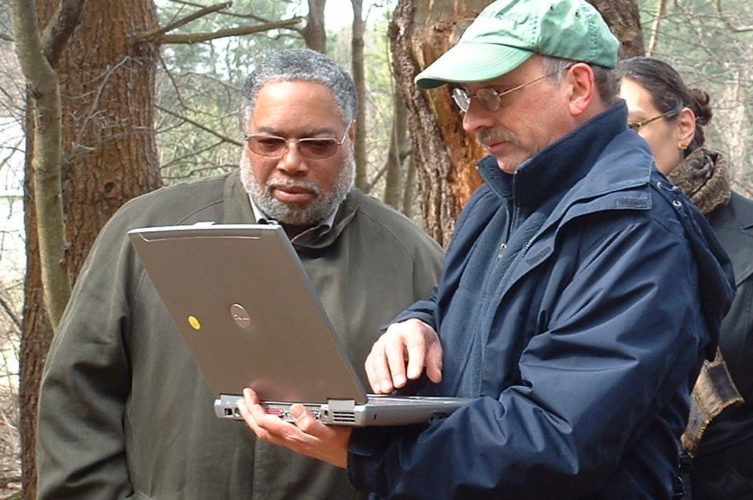 Great Barrington —Lonnie G. Bunch III, it has just been announced, will succeed David Skorton as head of the Smithsonian Institution in Washington, D.C. Bunch, the founding director of the National Museum of African American History and Culture, will be the 14th secretary of the entire 19-museum Smithsonian — and its first leader of African descent.

Several of us in Great Barrington met Bunch nearly a decade ago when he had the enormous task of building a new museum, collecting its artifacts and shaping a vision of what it has been like to be black in the United States. That museum opened to acclaim in 2016. Several from South Berkshire have visited the museum and spoken of it in awe.

Here is a shortened version of a column I wrote in 2010 for The Berkshire Eagle:

Lonnie Bunch is a very impressive man. I enjoyed a remarkable meal sitting at his left, listening in awe as he described all that he is doing as founding director to gather a collection, plan exhibits, raise funds, hire staff, spread the word and, not the least, build and open a new Smithsonian National Museum of African American History and Culture on the Mall in Washington, D.C.

Only nine men have ever had his job: create a new national museum.

He has a staff of about 75 now, and that will grow to about 200 by museum’s opening. But he’s traveling the country all he can — he’s in D.C. maybe 10 days a month, the rest of the time he’s in and out of airports, crossing the country and back, looking for artifacts (the fun job), giving talks at the University of Massachusetts at Amherst (which he did the evening before he visited Great Barrington).

He’s no stranger to Massachusetts. He once taught at UMass Dartmouth. He came to Great Barrington to learn more about the story of W.E.B. Du Bois and went away having also heard stories of Elizabeth Freeman, James Weldon Johnson, the Rev. Samuel Harrison and many others.

Elaine Gunn, a member of the Steering Committee of the Friends of the W.E.B. Du Bois Boyhood Homesite, stood near the commemorative boulder related the experiences of dedicating that property in 1969 as a public park, over loud opposition. Professor Robert Paynter of UMass described archaeological digs held at the property. Professor David Glassberg of UMass related Du Bois history.

I drove Bunch and Odell Murry, who holds the literary rights to the Du Bois Papers held by UMass (and available freely online to researchers and interested browsers), on a quick tour of places in town ranging from where Du Bois was born (at the foot of Church Street) to John Dewey Academy (where he worked as a timekeeper at age 16, when the villa popularly known as Searles Castle was under construction) to Clinton A.M.E. Zion Church (where he spoke in 1890 of his experiences as a student in Germany).

We — including a contingent of faculty from UMass and folks from Great Barrington — lunched at the Aegean Breeze and had opportunity to quiz Bunch on his mission. First up, he has to collect artifacts related to the African American experience. He has a big budget, but prefers to solicit donations. And thing are rolling in. Within another two years, he has to have a collection of quality, exhibit-ready items. He is not tapping the resources of the other Smithsonian museums; he is starting brand new. And the things he’s found!

The Smithsonian has a reputation for having the real things, real airplanes, real dresses worn by the first ladies.

“Visitors,” he said, “expect to feel the power of the authentic.”

He plans to deal with the issues of slavery and racism head-on, yet in a creative and, for whites, comfortable manner.

“Do you anticipate any Enola Gay experiences?” I asked him, remembering the controversy the Museum of Air and Space found itself over wording in an exhibit of the airplane that dropped an atomic bomb over Hiroshima.

“I’ve already had two,” Bunch said. “Henry Louis Gates phoned me to offer the handcuffs.” These are the handcuffs a Cambridge police officer slapped on his wrists last year during a widely publicized confrontation.

“I told him I didn’t want them,” Bunch said.

But it turned out Gates appeared on Oprah Winfrey’s TV show, and told her he was giving the handcuffs to the Smithsonian. And as Winfrey is on Bunch’s board of directors, to keep things simple, he took the handcuffs.

“I told Skip Gates I’d rather have the bottles and table where he and President Obama and the Cambridge officer had beers.”

Incident two arose from something he was never even offered, Bunch said. O.J. Simpson’s sport coat, the one he wore at his double-murder trial. Word got out that the Smithsonian had turned it down.

“We didn’t want it,” Bunch said. “It wasn’t appropriate. We never say we don’t want something, but the press office made the statement before I heard about it. So it became a big thing. The National Museum of Crime and Punishment wanted it, I heard.”

Particularly challenging is the accumulation of popular culture items. He was offered Michael Jackson’s hat for $1 million. He told the potential donor to call him if he didn’t find another taker. Bunch ended up with the hat for $10,000. Already in the collection are a skimpy costume worn by Josephine Baker (“It doesn’t take up much storage space,” he joked) and a dress another Jackson, Mahalia, once wore (“Now that’s meaningful to me”).

But pop culture is hard to gauge. “I want my curators to build a collection that, in 50 years, future curators will be able to use to make sense of what was going on in the 2010s,” he said.

Bunch is fully confident in himself and his staff. He wants to create a great museum, one that will convey the American experience, not just of Blacks, but of all of us.

As he headed out the door for his ride to Bradley International Airport, he offered a supreme compliment on my drive-around tour of Great Barrington: “I learned a lot, and now I can fake it that I know about Du Bois in Great Barrington.”