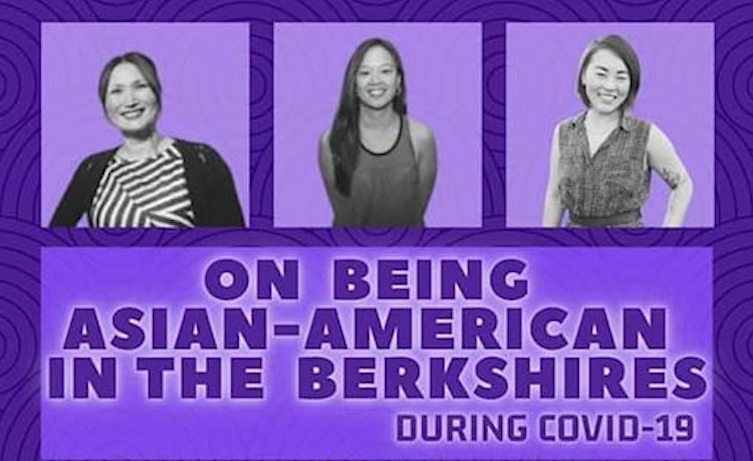 PITTSFIELD — Yuki Cohen made her way to the Berkshires quite by accident. She was born in Korea then moved to Brazil and had spent a dozen years abroad when her family moved to Brooklyn. “When I came to the United States, there was a mixture of everyone,” she said, lingering for a moment on her gratitude. Still, she was bullied relentlessly and teased every day at school. “There was always someone who made me keenly aware that I was different,” she said, divulging that these difficult, painful moments from her adolescence made her feel that being Asian was not a good thing.

When the self-proclaimed “city girl” arrived in the Berkshires (almost two decades ago), she hardly knew the region existed. Today, the downtown business owner and progressive politician — Cohen is currently serving her first term on the Pittsfield City Council — admits she is a country girl at heart, due in large part to the supportive culture she has found here, one “reflected in the mountains and their grandeur” as well as the kindness and generosity of the many kindred spirits she has met here.

“Everyone is part of the fabric of their background and mine just happens to be of an Asian family and culture,” Cohen told The Edge. As to her experience in the Berkshires? She could have felt targeted last year, when her business — Methuselah Bar & Lounge — was fined $1,000 and its liquor license suspended for two days after allegedly violating state COVID-19 guidelines. Instead, Cohen has chosen to focus on her close circle of friends: “We don’t see one another as white or Asian, we are women and business owners and mothers, and we rely on one another.”

These topics, among others, will likely arise in tonight’s panel discussion, On Being Asian American in the Berkshires During COVID-19 (click here to access the 7 p.m. event). The event, presented by The Davis Center at Williams College, will feature a trio of leaders from the Asian American and Pacific Islander (AAPI) community: Cohen, fellow City Councilor Helen Moon, and Michelle Decepida. The Davis Center advances broad campus engagement with complex issues of identity, history, and cultures as they affect intellectual, creative, and social life — both on and off campus. It is the first in a series of community conversations emerging this month that bode well for a community stretched across a vast county in which everyone has a story and, if we choose to simply dwell on our differences, might feel fragmented and disjointed.

This week also marks a pair of events with Linda Villarosa, Under the Skin: Racism as a Public Health Threat. Villarosa, a contributing writer to the New York Times Magazine and former executive editor at Essence Magazine covering race and public health, will deliver a public lecture on Tuesday, April 13 from 4:30–6 p.m (Zoom link here); on Thursday, April 15 at 4:30 p.m., she will facilitate a more open-ended and personal conversation available via advanced registration only. This virtual event is sponsored by the Program in Women’s, Gender, and Sexuality Studies, Africana Studies, Latina/o Studies, American Studies, the Davis Center, the Lecture Committee, and the W. Ford Schumann ’50 Program in Democratic Studies (all programs of Williams College). Villarosa currently teaches journalism and Black Studies at the City College of New York and is writing the book “Under the Skin: Race, Inequality and the Health of a Nation” for Doubleday.

On Tuesday, April 13, Berkshire Taconic Community Foundation (BTCF) will launch its virtual speaker series, Bridging Divides, Healing Communities. The four-part series — hosted by BTCF, The Berkshire Eagle and Berkshire Bank — will explore some of the forces and trends creating disparities and division, and how to take action locally to build common ground and solve problems together. Part I: The Inclusive Future, will feature a conversation with former Massachusetts Governor Deval Patrick and New York State Representative Antonio Delgado moderated by Dr. Leticia Smith-Evans Haynes, VP for Institutional Diversity, Equity, and Inclusion at Williams College. Part 2: Moving From “I” To “We” will feature Dr. Robert B. Putnam (Malkin Professor of Public Policy at Harvard University) and Shaylyn Romney Garrett (writer and founding contributor, Weave: The Social Fabric Project) in a conversation moderated by BTCF President Peter Taylor.

“At a time marked by extreme polarization, often rooted in assertions of white privilege, we can take action in our towns and cities to promote trust and reconciliation in an effort to help counter the forces and events that are instilling distrust, bigotry, and hate,” said Taylor in a January press release announcing the distribution of $48,000 through its Bridging Divides, Healing Communities grant program. The initiative supports community-building activities aimed at strengthening relationships and trust at the local level, especially among people who hold different points of view or come from different backgrounds. Bridging Divides is part of Berkshire Taconic’s nearly $2 million, multi-year investment in its community engagement focus area.

“I don’t think many people are aware of their bias,” said Cohen, which means these concentrated efforts at creating conversations are more timely than ever. “Anything that brings awareness to checking our behavior [is positive] … [as is] wanting to know what others are feeling and not [simply] projecting what you think they are feeling.”

Last week’s announcement by The Trustees of Reservations that they have officially changed two names related to its Monument Mountain site are prime examples of this spirit to improve (it also reminds me of an amazing quotation by Maya Angelou: “Do the best you can until you know better. Then, when you know better, do better.”) After working closely with the Indigenous descendants of the people who once called the area home, Indian Monument Trail has been renamed Mohican Monument Trail and Squaw Peak is now called Peeskawso Peak (pronounced / Pē: skãw. sō /) which means “virtuous woman” in the Mohican language. These changes, after lengthy discussion, were approved by the Stockbridge-Munsee Community Band of Mohicans who collaborated with The Trustees for more than a year in an acknowledgement that the term “Indian” is considered offensive, and “squaw” is an ethnic and sexist slur.

“Being able to rename these areas in our homelands is a great honor, but also an opportunity to take back our history and to right a wrong,” said Director of Cultural Affairs for the Stockbridge Munsee Community Heather Bruegl. “By removing offensive language, it gives us an opportunity to correct the historical narrative.” Stockbridge-Munsee leaders also suggested reframing the narrative at Monument Mountain to focus on the history of the Indigenous people who called the property home, rather than filtering everything through the lens of the famed picnic between Nathaniel Hawthorne and Herman Melville on the mountain in 1850. The Trustees has designed new signage to reflect these changes that will be installed at the site by the end of April.

“My mom always said: Life is not always going to be fair; you have to keep plugging along [because] stewing in hatred only hurts you,” Cohen said, sharing a bit of the perspective she brings to raising biracial children. When her kids have questions, she dives in deep; meanwhile, she focuses on the “important things [like] character and heart and kindness,” qualities to which we can all aspire despite our myriad differences. “When we are in a lot of pain, the easiest thing to do is to place it on someone else,” said Cohen in regards to America’s history of scapegoating. ”[Be mindful that] everyone is a person, everyone has a story. If we all had more tough conversations, we would all get along so much better.”