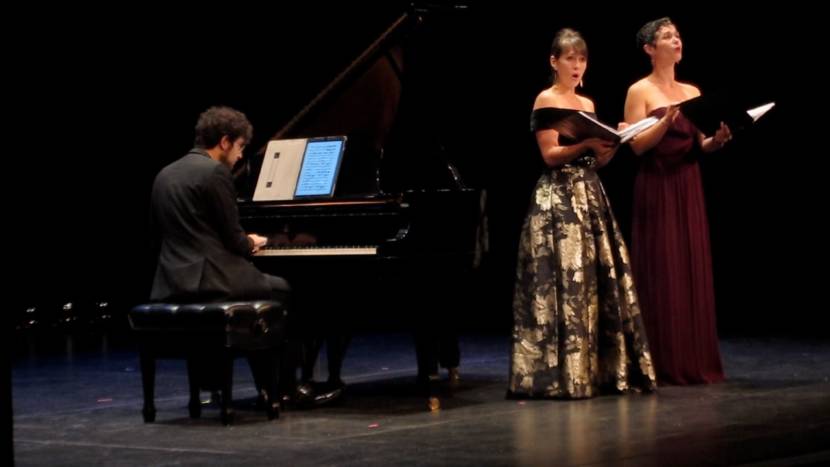 Chamber music concert series Close Encounters with Music launched its 27th season in style at the Mahaiwe on Saturday October 13 with a festive celebration of Italian composer Rossini on the 150th anniversary of his death. Even before the music began, a pre-concert reception offered a taste of “Tournedos Rossini,” one of many dishes named for the celebrated musical gourmand.

In his signature extended, informative and witty introduction, CEWM artistic director Yehuda Hanani — who regrettably did not perform this particular evening — described the versatile composer as “the most powerful, most influential musician in Europe,” a 19th-century superstar even in his 20s whose operas earned Beethoven’s approval and influenced Offenbach. 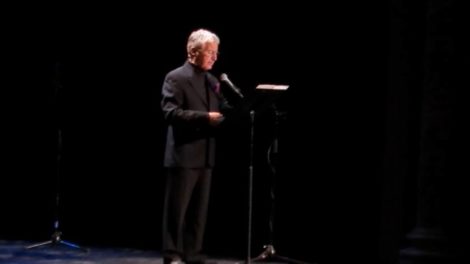 Yehuda Hanani, artistic director of Close Encounters With Music, opens the evening with a witty introduction that places the concert in historic and artistic context. Photo: Joel Patterson

Opening the program in energetic style, soprano Sonja Tengblad, clad in black velvet and shimmering gold, and contralto Emily Marvosh, draped in burgundy, darted through the theater singing an excerpt from “Cenerentola.”

Returning pianist Roman Rabinovich accompanied them and also presented solo flourishes of his own, punctuating the evening with selections from Rossini’s “Péchés de vieillesse” (Sins of Old Age), a prolific collection of salon music ranging from deeply personal to decidedly quirky themes — a little “Castor Oil,” anyone?

With sonorous and crystal tones, Marvosh and Tengblad alternated on stage singing mostly operatic excerpts, deftly moving from one heroine or trouser-role hero to another while expressing a rich array of emotions from serene to sparkling, adoring to indignant. Dramatic duets included an amusing if fraught report of a Venetian regatta boat race, as they rooted for rival rowers.

To start the second half, Hanani programmed a string quartet for two violins, cello and double bass, written when Rossini was just 12 years old and performed here by four fresh-faced fleet-fingered young teenagers from Boston. The musicians delivered a warm, well-measured sound with a confidence that belied their tender years. Perhaps they will return to Close Encounters as their talents and careers develop. 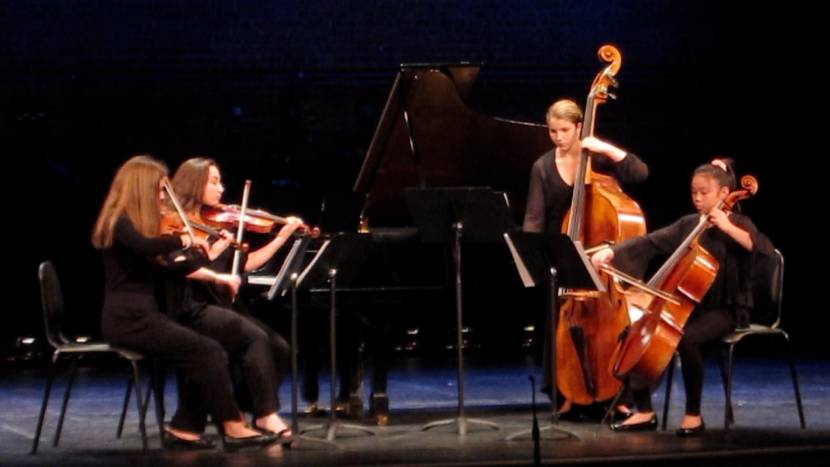 In a brief departure from Rossini, Marvosh and Tengblad closed the official program with Offenbach’s lilting “Barcarolle,” soothing, soaring and smooth like water streaming past a gondola’s prow. For an encore they delighted the crowd with the “Cat Duet,” sung using only the word “Meow” for lyrics, the music drawn from Rossini’s more serious opera “Otello.” Vocal claws bared, the singers prowled around the theater and stage with feline intensity, until they reconciled with the audience purring its approval.

Looking ahead to the rest of the Close Encounters season, Hanani has planned a delectable lineup of music and musicians. Haydn, Mozart and Schubert’s “Trout” are on the menu, along with “Troika à la Russe” (Prokofiev, Rachmaninoff, Scriabin), plus appearances by the Escher String Quartet and the American Brass Quintet, all leading up to a June Gala celebrating Dvorak and Suk. After such a satisfying start, the season promises to be a musical banquet indeed. For more information, visit www.cewm.org, or call (800) 843-0778.

— Lucille Ball
Read next: CONNECTIONS: The plots to subvert democracy