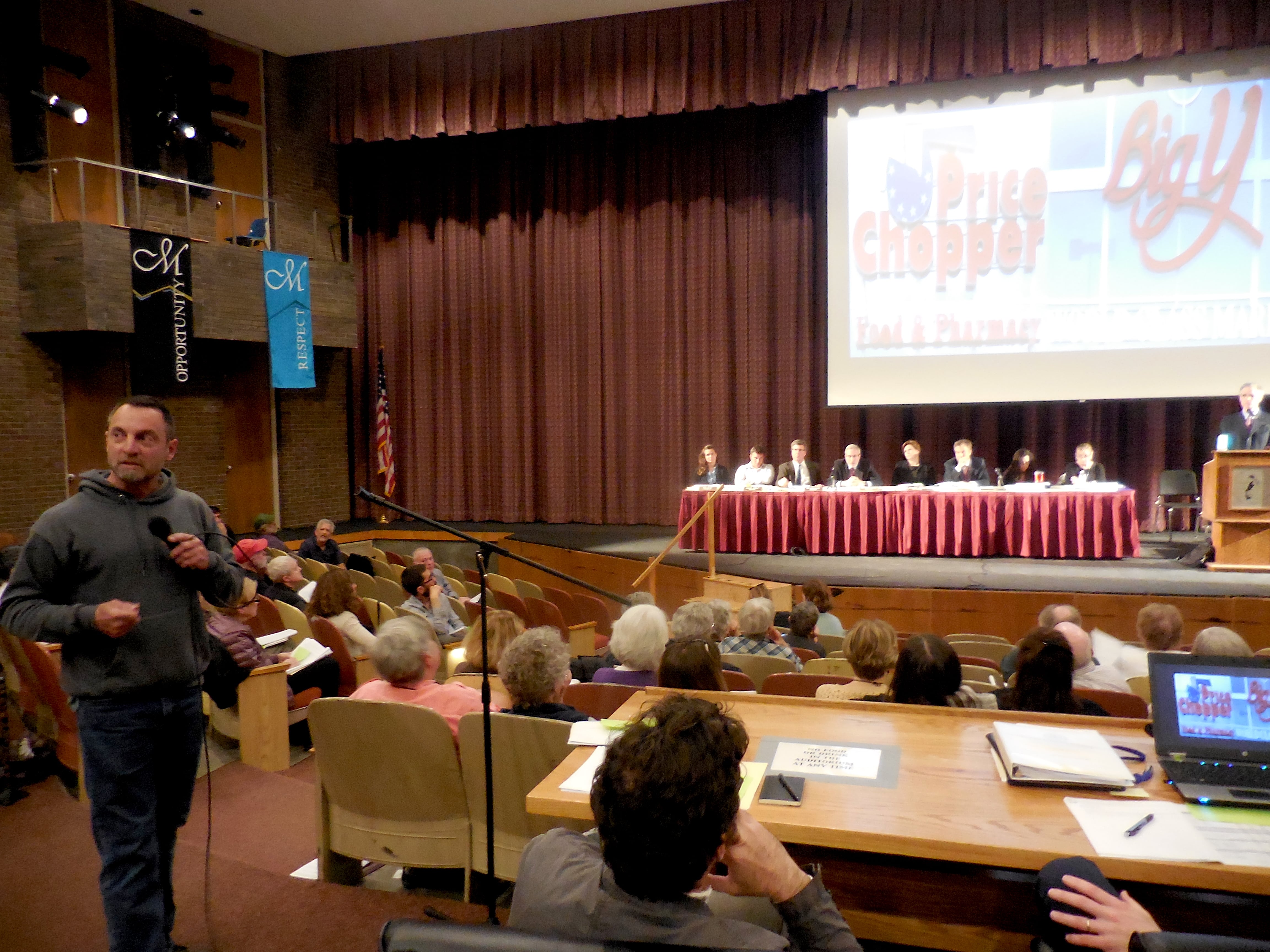 Great Barrington — For the second time in less than a year, an attempt to repeal a ban on the sale of single-use plastic water bottles has failed, but not before a lot of drama.

Railroad Street resident Steve Farina had previously petitioned to get the measure on the warrant for the annual town meeting that began last night (Monday, May 6)) in the Monument Mountain Regional High School auditorium, but at more than four hours, the meeting was so lengthy that it was continued to tonight (Tuesday, May 7).

More than a dozen speakers opined — some in favor of the repeal, some against it, some who appeared to be on the fence, and others who appealed for unity.

Proponents of keeping the ban, including members of the Berkshire Women’s Action Group that proposed the original ban, argued that the measure was an important first step in ridding the planet of the plastics that are made with fossil fuels and are contaminating the earth. They insisted that Great Barrington and the other towns in state that had passed the bans were showing invaluable leadership.

See video below of the discussion and vote on the proposed repeal of the plastic water bottle ban:

Opponents pointed to the economic hardship merchants face and the fact that the consumption of water should be encouraged in this era of sugary sodas.

Julie Berger, who is disabled, gave a long-winded but impassioned speech on what she said was the injustice of denying her and other disabled people access to the water bottles. But in the end, it did not matter.

After about an hour of debate and argument over procedure, the show of hands against the repeal was overwhelming. Town clerk Marie Ryan said 468 residents attended the Monday meeting. One-third that number attended the Tuesday night session.

The ban was passed at the annual town meeting last year. An unsuccessful attempt at repeal was made about three months later. The ban has remained in place, though the selectboard had delayed enforcement because both opponents and supporters of the law indicated that all the details concerning water refilling stations and funding had not yet been worked out.