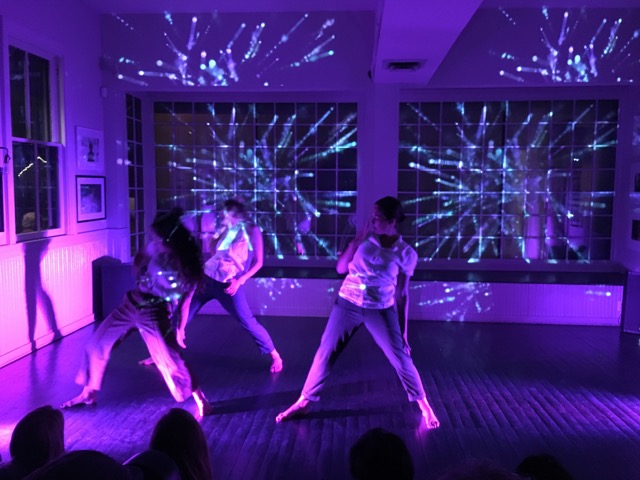 The six-week exhibit and performance series began in mid-march and featured a traditional mixed-media gallery show as well as poetry readings, story telling, music and dance performances, and even a culinary tasting menu.

The youth-centered artistic series was the brainchild of Great Barrington native Mika Mintz, a dance teacher at Berkshire Pulse and hopeful medical school applicant. “I have so many creative friends in this area, and there’s no real platform for them to share their work,” a breathless Mintz said after her athletic performance.

Mintz began planning the show in August once Lisa Landry, who owns Six Depot with her husband Flavio Lichtenthal, offered Mintz space for her vision. Mintz organized the extended event and gallery show nearly by herself, even hanging the artwork. She said the experience of coordinating so many creatives was “a bit like herding cats, especially given that everyone is in their twenties.”

Mintz expects 30 Under 30 to become an annual event, but she is likely to pass on her coordinating efforts while attending medical school in the fall.