An architectural rendering of the Bentley Apartments, which the Community Development Corporation of South Berkshire plans to build as part of the 100 Bridge Street project in Great Barrington. Image courtesy Dietz and Company Architects Inc.

“This is a major step forward not only for the affordable housing component of the site, but for the 100 Bridge Street project as whole, a cornerstone of the CDC’s work over the last decade,” said Tim Geller, who heads the corporation.

Last August, 100 Bridge Street received a setback when the administration of Gov. Charlie Baker did not include the project on its list of immediate funding priorities. But this year, things came together.

While Geller said it is not unusual to be denied funding on the first try, he attributed the success this year to the fact that the drawings and plans went from 60 percent complete to 95 percent complete. In order to accomplish that, however, CDC had to borrow another $300,000. But that investment sure paid off. 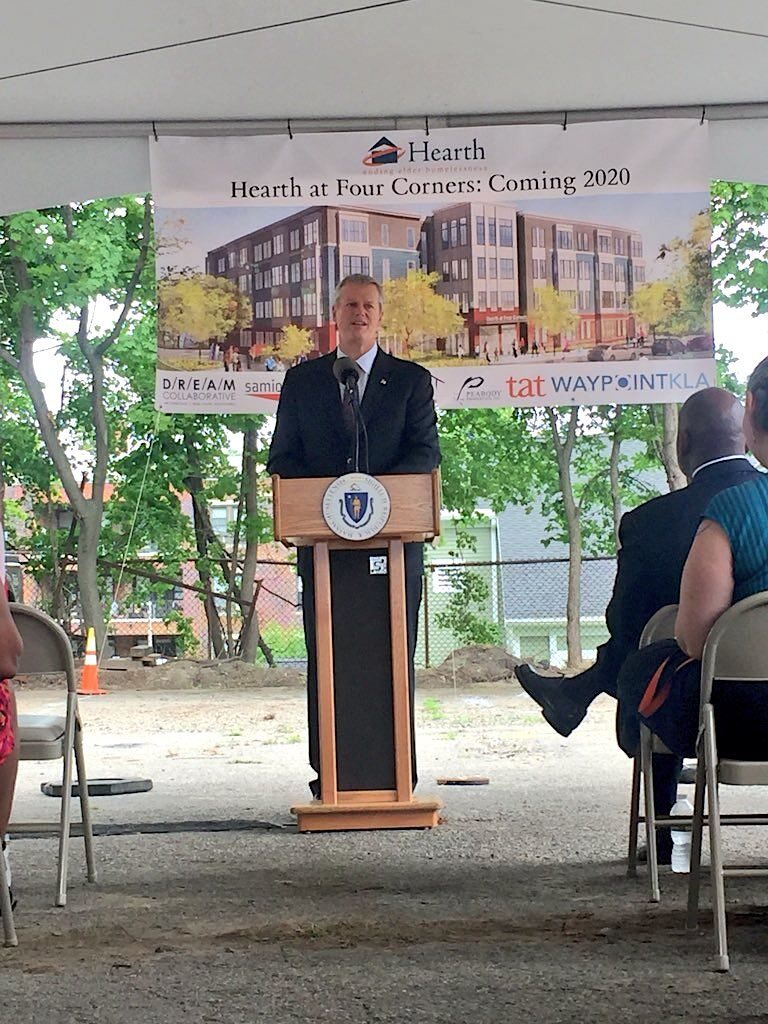 In all, the Baker administration awarded $57 million in funding for affordable housing development throughout the state, along with $33 million in tax credits to support the creation and preservation of nearly 1,500 housing units. Click here to see the news release from Baker’s office announcing the CDC funding of 19 projects across the state, including 100 Bridge Street.

At a ceremony at the future site of Hearth at Four Corners, a 54-unit, new construction project for seniors in the Dorchester section of Boston, Baker and DHCD Undersecretary Janelle Chan joined Geller and the other heads of organizations receiving the funding.

Geller said the funds include federal and state low-income housing tax credits. They will provide the final financing for the $17.2 million 100 Bridge Street project that will build 45 new affordable rental units and simultaneously remediate the entire 8-acre site along the Housatonic River in downtown Great Barrington. He said construction is expected to begin in late spring or early summer of 2019, with completion expected in early fall of 2020.

“It’s a great step forward for the town,” Geller said in an interview. “It’s going to just address the need for affordable housing units, but also stimulate interest in the rest of the property.”

Geller said he was also grateful for the town’s Community Preservation Committee, which, over the course of three years, committed $450,000 toward the project. He said those funds surely made the 100 Bridge Street application stronger since the state uses community to gauge the worthiness of a project.

“They’ve been both patient and very supportive,” Geller said.

“We did enthusiastically recommend their project and, gratefully, voters supported funding in two different town meetings,” said Tom Blauvelt, who chairs the CPC. “This will help close the gap in affordable housing. It’s been a long process, but now at least there’s funding.” 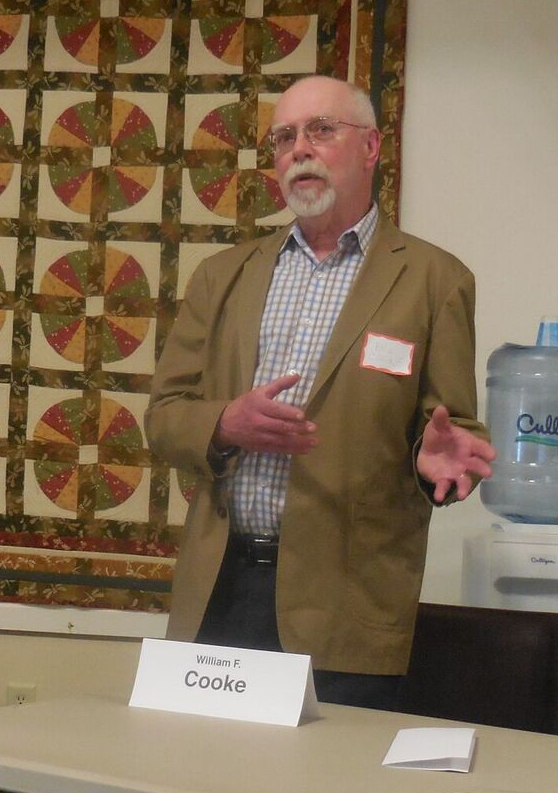 Cooke wrote the bylaw that created the Great Barrington Affordable Housing Trust Fund, and currently chairs the trust’s board. The trust focuses more on home ownership than rentals.

That said, Cooke said he has coordinated with CDC, Berkshire Housing and Construct to make sure that the trust isn’t duplicating efforts.

“We’ve tried to not conflict with anything they’re doing,” Cooke added. “There’s plenty of room for affordable housing. You can’t have too many people working on it.”

The site has a long and controversial history. In 2016, the CDC received the go-ahead from the zoning board of appeals to build the 45 affordable housing units that would be sited on two acres at the southern end of the property on the banks of the Housatonic River and next to the town sewage treatment plant. Eventually, the then-$40 million project was expected to add a mix of market-rate residential units and retail space.

The project also received the endorsement of the selectboard. The comprehensive permit was issued under Chapter 40b, a state law that streamlines the process and waives some of the requirements for the construction of affordable housing.

The 100 Bridge Street location is the former site of the New England Log Homes factory, which used chemicals to treat wood for log cabins and homes there. The company closed in 1994 and what was left of the factory burned in a fire in 2001. 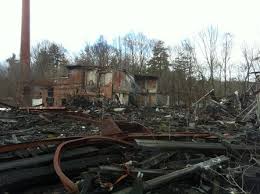 The charred remains of the burned out buildings of New England Log Homes.

In 2014, CDC began to remediate the site using a process known as bioremediation, but the state Department of Environmental Protection put a stop-work order on the operation after neighbors complained about the odor during a summer of heavy rains. Eventually the department shut down the process altogether, leaving CDC to come up with another strategy to deal with the PCPs and dioxins left by New England Log Homes.

Initially CDC had proposed to remediate the site piecemeal, cleaning up portions of the property as they were being built out. But CDC ultimately changed its strategy after being granted a comprehensive permit two years ago by the zoning board of appeals. The DEP finally approved the remediation plan after CDC agreed to clean up the entire site at once. 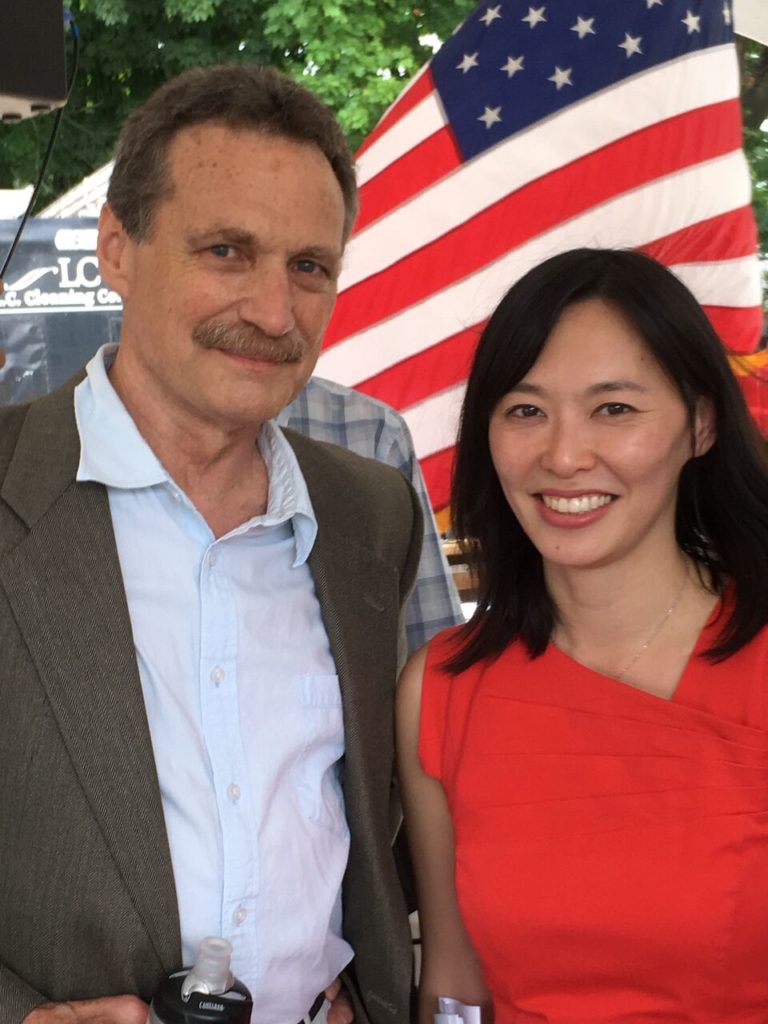 Geller has said the budget for the clean-up is approximately $1.4 million, with most of it spent on heavy equipment and excavation. Disposal of the contaminated soil off-site, he has said, “would be prohibitively expensive,” so the DEP approved a capping strategy.

Initially, CDC had hoped to attract a mix of retailers with a new store for the Berkshire Co-op Market as the anchor. But the Co-op opted to be become a part of the new Powerhouse Square project to the west on Bridge Street, closer to Main Street.

Now Geller said retail, while “less likely,” is still a possibility. He is in discussions with developers who are interested in the rest of the property.

“We are investigating the possibility of of some kind of assisted-living or continuing-care facility,” Geller explained.

But he emphasized that it is certainly possible that such a facility could attract a retailer as well. For example, the former Curtis Hotel in downtown Lenox was converted into senior housing and has a commercial pharmacy inside it.

In addition to the affordable housing, Geller said the project includes a 2-acre riverfront park, accessible to the public from Bridge Street at the eastern bank of the Housatonic River.

The lack of affordable housing is a regional problem. In Berkshire County alone, 45 percent of renter households and 37 percent of owner households are living in homes considered unaffordable, which is defined as households paying more than 30 percent of their income on housing.